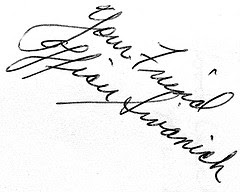 Officer Sivanich was the Minneapolis Police Department's School Safety Patrol liaison for many years. Tens of thousands of school children knew him for the safety lectures he would give each year to all the elementary schools in the city. The School Safety Patrol consisted of those sixth grade students who would raise and lower the “stop” flags at crosswalks. Officer Sivanich or “Officer Spinach” as the younger children might say, was well liked—indeed, he was possibly the only positive aspect of the police that many youngsters ever received. Back then there was one cop for all the schools. Now, police are at all the schools.

Recently, his obituary ran in the Minneapolis paper. Tens of thousands of other people like him, in thousands of other places, have performed many of the same services as he did. He was a civilizing influence, he made a difference, and, helped by his instructions, we never had an accident at a school crossing. 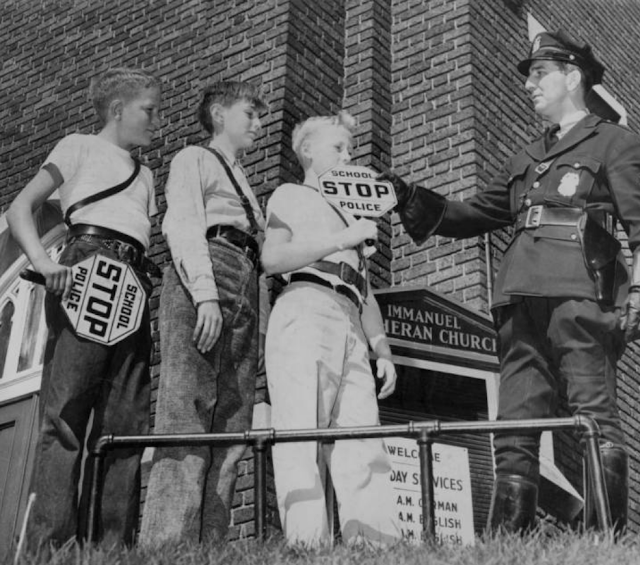 Little bits of local history such as "Officer Spinach" are treasures; even more so as he is well remembered for his volunteering for the community. Thanks for sharing.

Not only that, but the officer has lovely handwriting!

I enjoy the fact you included the John Hancock. For some reason, handwriting makes everything much more real to me. The loops, the slants, the dotted i's...it's fascinating!

I just stumbled across this site...not even sure what it is...but wanted to mention that Art Sivanich was my father in law and a better person you are not likely to ever meet. He is missed dearly by all who ever knew him.

...and as a member of his School Saftey Patrol, I agree wholeheartedly...