They hauled away my old machine today. I had worked with it for 12 years, day in, day out, year after year. It was a pretty pricey gizmo in its day, but it could also generate a lot of income. It was obsolete. It couldn't change to meet the current business model so it had to go. I changed, so I can stay.

I had to dismantle it to get it ready for recycling, I knew how, because I had taken almost everything apart and reassembled it before. You might say I had an intimate knowledge of it. So did I feel any regret? Any sense of loss? A void?

Nah. It was just a machine. Not a thing-of-itself, it was just a means to an end. And now, most of it is in a scrapyard, waiting to be crushed and sent to China, to be made into more machines, modern machines, machines that will begin their working lives, be used and then become used up. 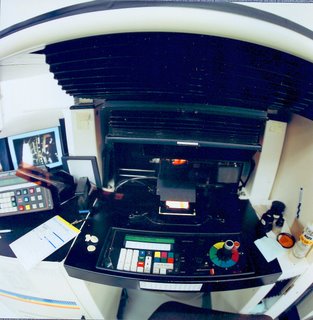 Lady of the lake said...

I think it is sad. Yet another thing from the past that is no longer useful in modern society. :(