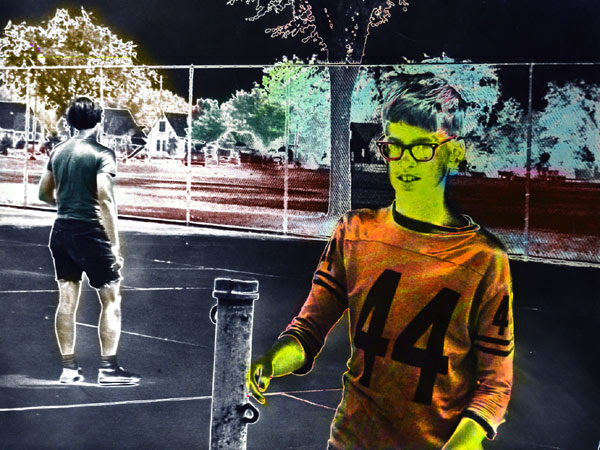 My summers as a teen-ager were spent in constructive frivolity. The neighborhood tennis court had been constructed in the thirties, a WPA project, made of poured concrete, which had settled unevenly. I was almost impossible to play a proper match of tennis, the ball would take odd hops, its nets were broken, it was seldom used, so by default it became sort of an existential playground of sorts- we would enact our strange rituals there, sometimes with a tennis ball and a baseball bat, other times we would just wander about, talking about things, taking pictures, or just enjoying the space. This picture was probably made in the summer of 1968, the world was in upheaval while we remained oblivious in our childish pastimes.