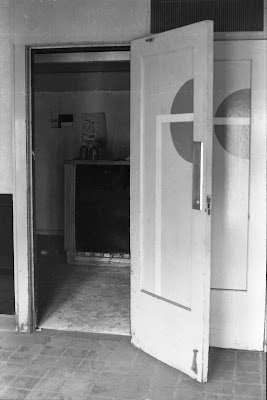 There were dozens of neighborhood theaters in my hometown. With names such as The Alhambra, The Empress, The Capri and my own favorite The Camden. My mother had sold tickets there before I was born, she would let my dad and my older sister in free. These small theaters were of a different scale than their mighty downtown brethren, and they only ran second or third run movies. On Saturdays there were matinees. Some times these were just collections of cartoons, or theme-less groups of comedy shorts from the thirties and forties. We went anyway, entering through the dingy art-deco lobby, quickly gobbling our candies and popcorn. For when the lights went down and the curtains opened we were taken away to another world- a world were everything was larger than life, where the men all wore suits and the ladies fancy gowns and pearls and every one was beautiful. Our parents in real life wore work clothes and print dresses and were plain. Our parents in this "alternate reality" were named Brando, Monroe. In it we visited Oklahoma! and took in a West Side Story. We fought world War Two and settled the Wild West. The Beatles even appeared, in a Yellow Submarine!

There are far more movie screens now, in multiplexes in the suburbs. Nowadays, in those parts of town where my old haunts were, people don't go out much after dark.

How do you know about the clock??