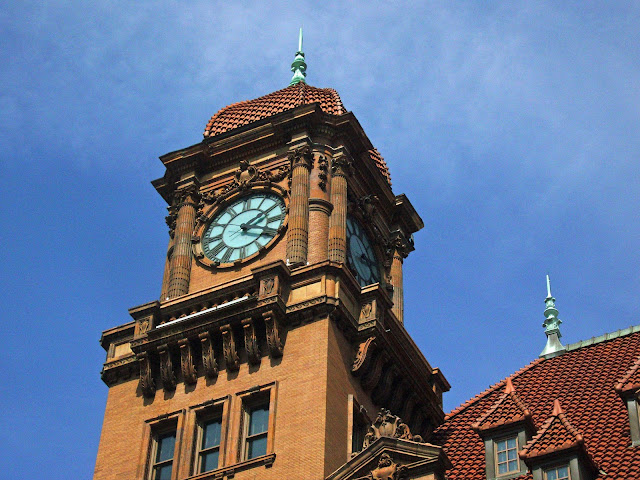 Richmond, Virginia. After driving past the train station, we decided to start at the beginning, with a visit to the Poe Museum, which included The Old Stone House, the oldest building in the city: 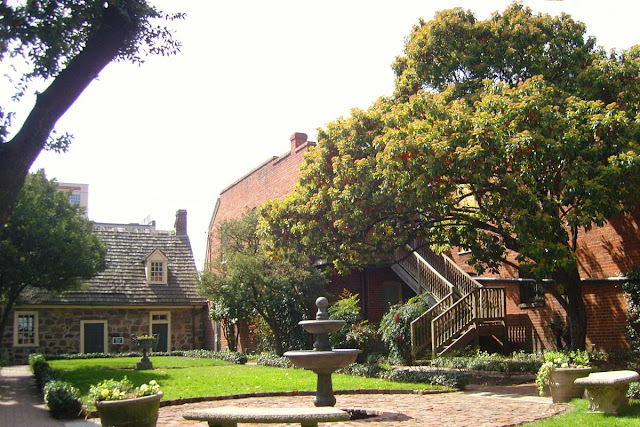 A modest museum, to be sure, but not without charm. Poe's handwriting and early editions were on display, along with furniture and other effects from the father of three literary genres (horror, mystery and science fiction!) The old stone house (which Poe had visited) was from 1731, and looked it. It didn't take much imagination to begin hearing the beat-beat-beat of a tell-tale heart. 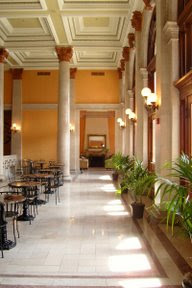 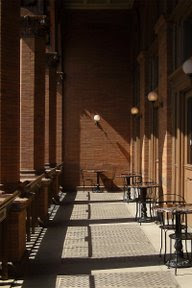 The rail station in Richmond has been recently restored and it is absolutely gorgeous- both inside and out. It was a little eerie to walk through; although still in active use it was nearly deserted. We strolled about the nearby Shockoe Bottom area, oozing with history and also being rehabbed, but with a much longer way to go. The laughter coming from the barbershop there showed that it was still a social center of the city. After a quick nap at our hotel we walked a couple of blocks to Beauregard's Thai Room restaurant to have dinner with my two dear blog pals, Comica (with beau in tow) and Rose: 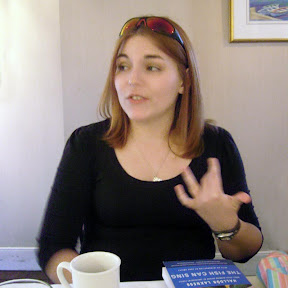 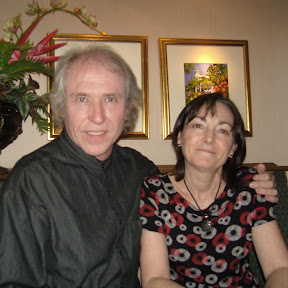 The food was great, the conversation stimulating, and as we talked I mused on the meaning of it all. Each of us is at a different stage of life, with each of us moving in a different direction. Getting together here, even though our only previous meeting was in "virtual" reality, seemed natural. It is funny thing to follow someone's blog for a while. A little room is created in your head for that person, a room you can visit from time to time, with each visit learning a little more about its resident (and yourself) in the process. Similar to writing letters, I suppose. If blogging is the modern replacement for that activity, then I would say that alone justifies its existence.

Rose shares my passion for Iceland. Comica my interest in off-beat stories. Her generation is the first to have grown up with the internet, and although she's too busy finishing school to be able to write much now, I suspect she'll be coming into her own in the near future- look out world, this fish can sing!

It is hard to express in words what a subtle joy it is to have "met" the two of you, first "in virtual" and now "in vivo" so I'll simply say "Thank You."

I'm very grateful to have been included in the Tour of Richmond, and Corey and myself had an absolutely lovely time! I regretted leaving, and Laxness is sitting at the top of my "Must Read" book pile! :) Thank you!

It was lovely for you and the Weaver to share your vacation with old pals. And I'm glad Comica and beau are new pals. Thanks all!