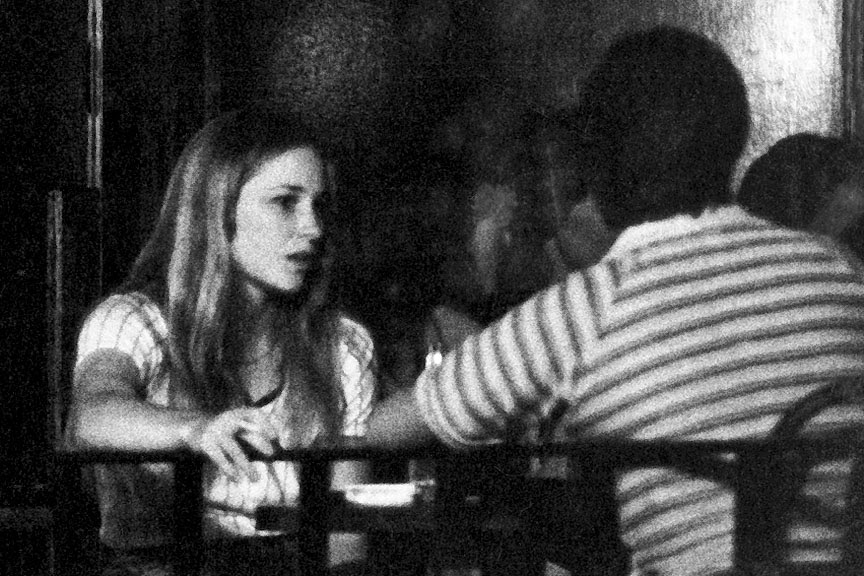 The alto sax player noticed her first. His day gig was as a TA at a local Open School. She attended classes there; he said she was probably 16 years old- she had a good fake ID. She would come to see us play on weekends and almost every night in the summer. She looked the part, it was easy, you only had to be 18 then to drink. A few years before the legislature had lowered the drinking age in an effort to stop the carnage on the Interstate when 18-20 year-olds would go to Wisconsin to legally drink and then kill themselves drunk driving on their trip back to Minnesota. So, for a few years, the club scene in Minneapolis was thriving—lots of teens enjoying lots of booze, listening to lots of bands.

Little Miss High School would undergo a transformation every night. She came in all dressed up, wearing nice clothes and make up, holding her cigarettes and a clutch purse. As the night went on she got older looking with each passing hour. Her prim mouth would sag, her fine features coarsened, by the end of the night she could easily pass for 40.

Same old story. Youth wants age. Age wants youth. Is there ever one night, one moment of NOW, that is just right?

But not in that bar, with a few too many drinks, a fake ID, and listening to a band play tunes that were out of sync with the times as well.