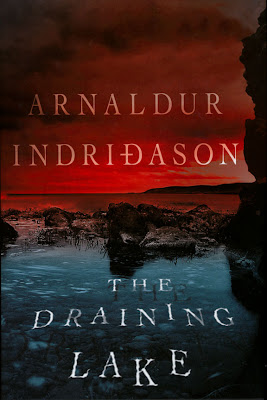 It isn't often that a mystery novel illuminates current affairs. In this, the fourth Inspector Erlendur book, the action shifts between the cold war in mid 1950's Leipzig and a present-day investigation of a body found in Lake Kleifarvatn in Iceland. This is more of a why-done-it than a who-done-it. As with any good mystery, you don't want it to end, but when it does it reaches a satisfactory conclusion.

But it was the context of the story which really caught my interest. In it, Russian and East German spies, Icelandic and East German Socialists, youthful idealism and utter political depravity clash, with a backdrop of Stalinist totalitarianism. This book presents the idea of Icelandic students and the country of Iceland itself as unwitting pawns in a massive, covert struggle for influence and domination by the Soviet Union for the hearts and minds of the the Iceland populace- helped along by a few hard-line, if somewhat naive Icelanders.

This context made today's news concerning a Russian bailout of the Icelandic banking system even more sinister. Since the departure of the U.S Navy Base in 2006, Iceland and the US government have drifted apart, while reports of Russian bombers violating or approaching Icelandic airspace have become more frequent. The Russians would love to have a base in the North Atlantic, and with the US in no position to reestablish economic or military ties, they may have a "golden" opportunity. Check out Alda's most excellent blog, The Iceland Weather Report for a look from the inside of this developing situation.

Of course, any group wanting to dominate this nation of "Independent People" will need a lot more than a bail-out to turn that fantasy into a reality.

It's still scary as hell. And the prime minister throws daily press conferences, saying the same thing over and over again, with variations upon a theme, and the public is left with more questions than answers...

Pass me the tranquillizers...