Dylan in a Minor Key 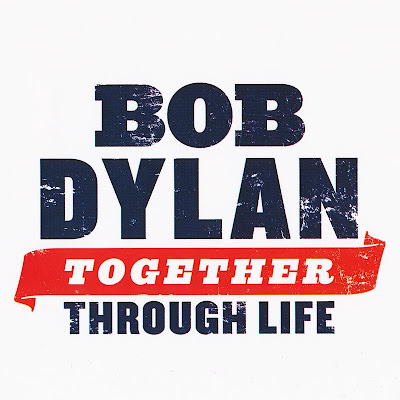 At a time in my life when I have been revisiting the works of Bob Dylan a new album by the Bard of Hibbing has been released. I have never been a rabid Dylan fan, much less a Dylanologist and certainly never a Dylan garbologist. Nevertheless, when I was but a fourteen-year-old schoolboy, my "linguistics" teacher, Mr. Robert Pierce, introduced me to Bob, even going so far as to bring in magazine articles about him and quoting his song lyrics. On my shopping spree last week-end I picked up three of his early albums and, doggone it, Mr. Pierce was right! He is pretty darn entertaining!

His latest effort picks up where his last album (Modern Times) left off-
bluesy shuffles, ballads and even an endless boogie at the end. Writing with Grateful Dead lyricist Robert Hunter, these songs flow like the banter at an after-hours jam session. World weary (Beyond Here Lies Nothin', Life is Hard), but yet not ready to give it all up (I Feel a Change Comin' On, It's All Good), songs of banal truths are given new meanings within the context of Bob's delivery. His most organic band performs as if it had been grafted onto Bob's nervous system, with David Hildago's (Los Lobos) accordion giving the whole affair a timeless feel.

This music isn't for everyone, it isn't even essential for fans. But it is honest and grounded, and if this were to be Bob's final effort (at the age of 67) it is interesting to compare it with his first album, Bob Dylan, recorded when he was twenty. That album is also full of songs about death (In My Time of Dyin', Man of Constant Sorrow, Fixing To Die, Song to Woody, See That My Grave Is Kept Clean); when looked at together both albums become bookends to a brilliant, if sometimes erratic career.

Must have this CD!