Dark End of the Street 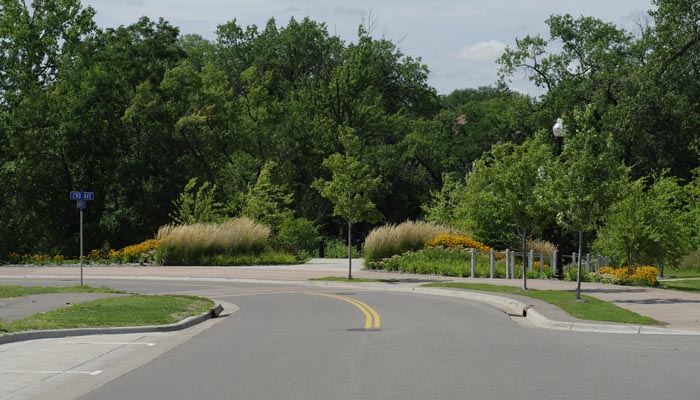 Five blocks down Harrison street from yesterday's featured corner is its terminus; if you went any further west you would end up in the Rum River, a peaty stream that drains hundreds of square miles of swampland in central Minnesota. The Native Americans used the Rum as a route between their northern hunting grounds and their southern settlements. You can put in your canoe here and paddle north all the way to Lake Mille Lacs. Some folk say that is where the Goths and Northmen who carved the Kensington Rune Stone camped in 1362. Nowadays, only the occasional fisherman or strolling couple explore the riverbank below the street's end, its shady darkness a welcome respite from the bright daylight.

I love all the photos, Prof. Excellent stuff.