My Day With A Cult, Part II – Signs and Sacraments

Leaving the station, I noticed than many of my "fellow travelers" were headed towards a different temple, known as MOA, the Midwestern God of consumerism: 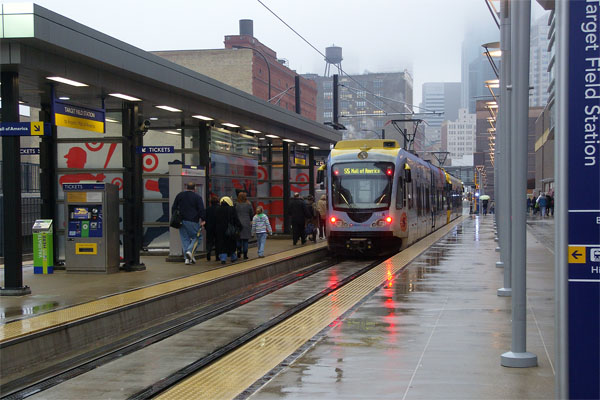 Not to be confused with The Virgin Goddess MTM, whose temple is named "Macy's": 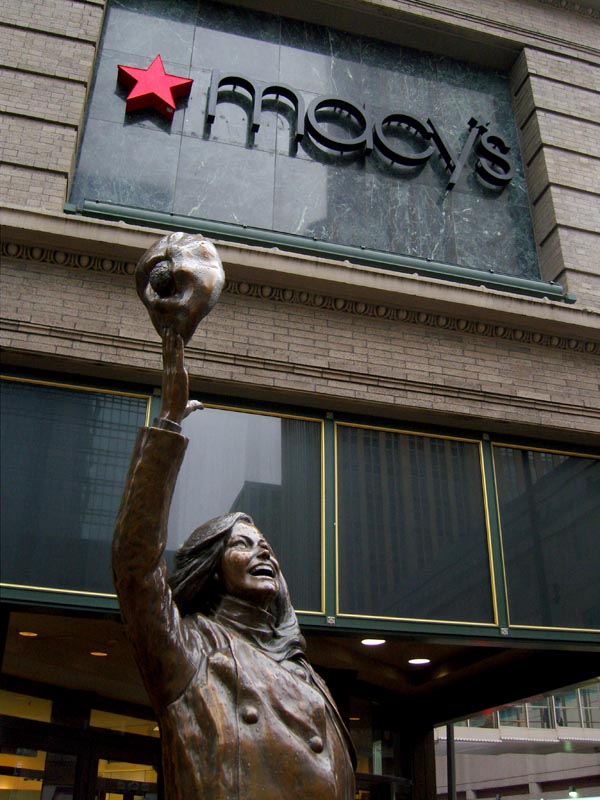 Notice the red pentagram. I think she's gonna make it after all!

As I walked, I began to discover all sorts of "holy" places, some of which were downright scary: 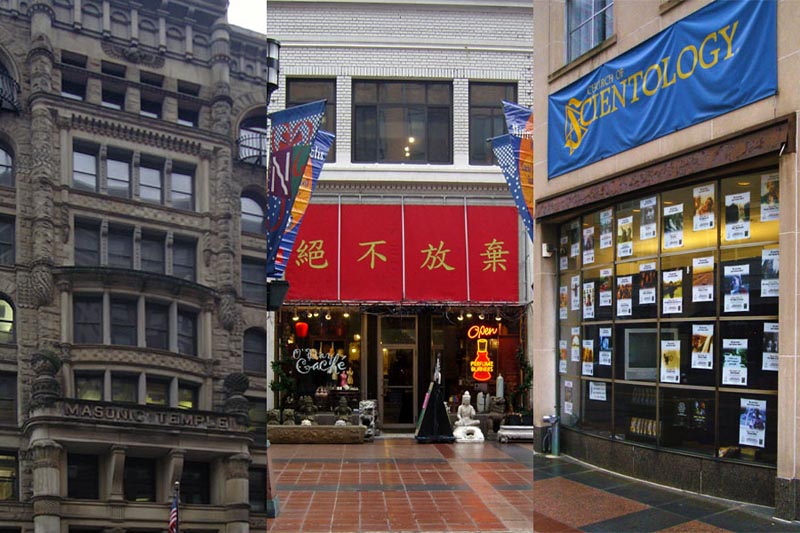 One such "cult" had already been discredited:

Before entering MY temple, I partook of a sacramental breakfast, with transubstantiation of my meal into the body and the blood of the Goodess Ka-feh-een: 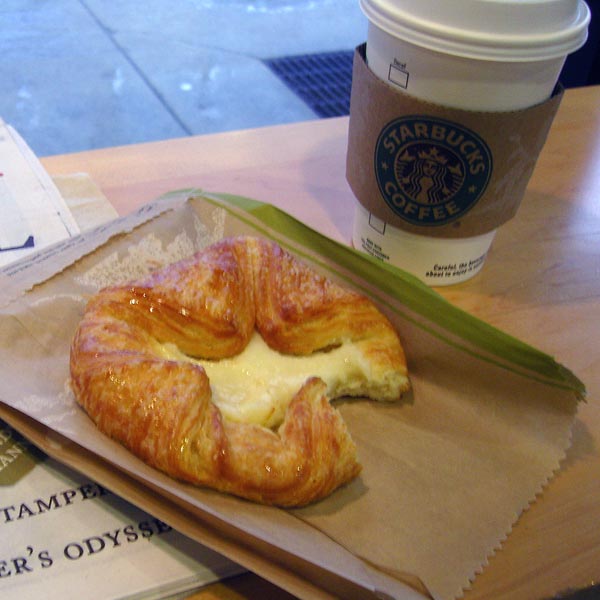 I was ready for anything.