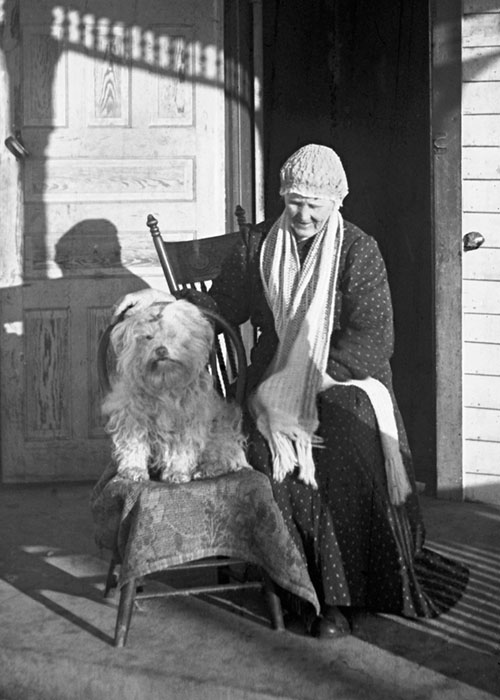 Taken from a copy positive from one of my grand-uncle Oscar's glass negatives. The original glass plate had been scratched, and had numerous spots where the emulsion had pitted. I did dust and scratch reduction on some selected areas, then used the healing brush and/or the clone tool to remove more. I added density to the face and the hat, and increased overall contrast. I scanned this at home, on a cheap all-in one scanner-printer-copier, but a better scan probably wouldn't have helped the image much.

I really can't say who the woman is, I know almost nothing about this branch of the family tree. When I was younger, my mother was worried that I would end up like her Uncle Oscar- a lifelong bachelor, who also had an interest in photography when he was young.

How awesome! I wish my family had photos like that.

I love that lady's hat, I want my mom to knit it for me!

That hat is probably a traditional Swedish pattern, I would think you could probably find in a book on older Swedish knitting.