Slipping In and Out of Time 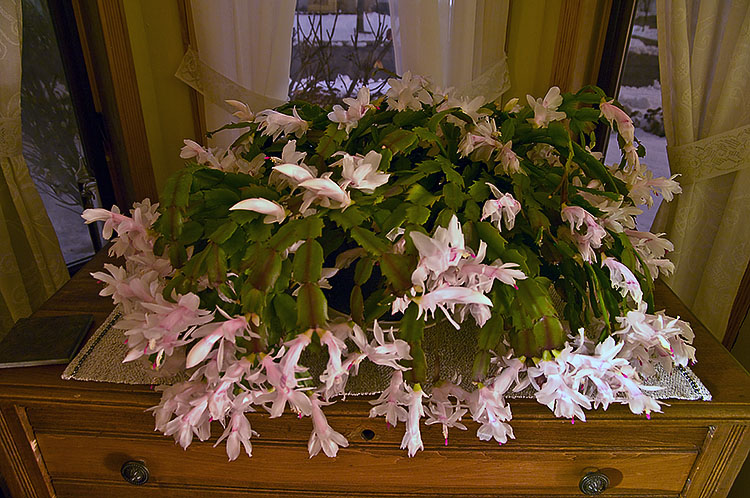 I think that one of the reasons time seems to be hurtling past me at an ever-increasing velocity is the fact that what used to be distinct demarcations in its fabric are being blurred- time isn't going any faster, but it seems as if it is.

Case in point: Christmas. I'm guilty of rushing the season myself (see yesterday's post.) Christmas carols have been played on the radio and in stores for a coupe of weeks now, some people have their decorations up, and even our Christmas cactus is a little confused. The twelve days of Christmas (which seemed far too long when I was a child) are now more like 48.

With global warming extending summer (a week ago people here in Minnesota were wearing shorts) the calendar doesn't mean what it used to. Most of the other holidays are becoming variations on Memorial day. Thanksgiving once was special- a secular holiday celebrating the family- then it became the prelude to Christmas shopping, now it is just another long weekend of consumption and football.

On sort of a related note, The Beatles catalog has been released on iTunes today, maybe that's important to some, but its impact won't be the same as a new Beatle album under the tree used to be. But John and Yoko did make one of the best Christmas songs of all time, one whose message won't ever be diluted by sentimentality or commercialism:

Maybe your plant is confused, but it is beautiful. My mother's Christmas cactus always had dozens of blooms, this photo makes me miss her, but in a nice way.

Even my kids think time is passing faster..