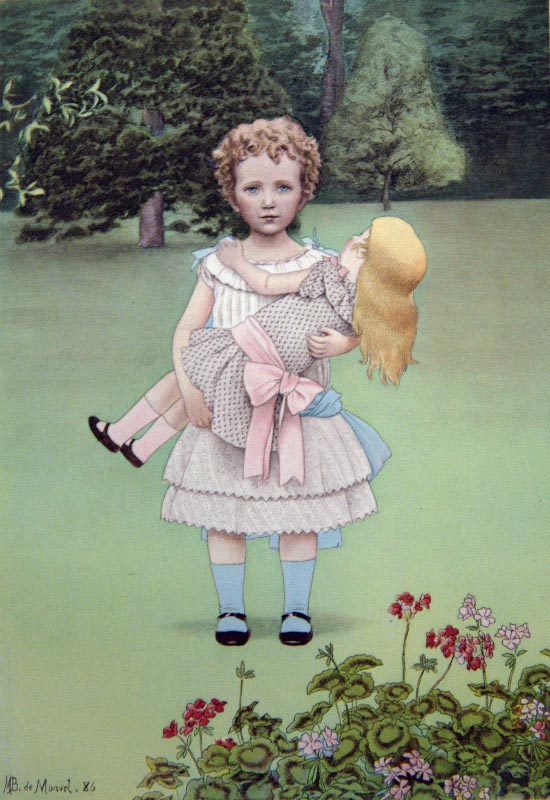 This somewhat surreal image is from one of a pair of art journals I unearthed in the basement of the local bookstore. Both are full of engraved plates, some of which are exceedingly fine. The bindings, which were once luxurious, are tattered beyond redemption. The text of the English book is quaint, concerned mainly with "the art scene", that of the French volume are extended essays on people and places of interest in 19th century France. Why did I buy them? To start a fine art book collection? Lord knows I don't need another hobby, and I have quite enough books and images already.

Still, they are a fascinating glimpse through a window into another world.

A one hundred and twenty-three year-old tumblr, as it were.