Lost in the Clouds 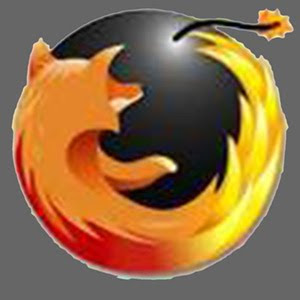 The rather fanciful concept of "cloud computing" means nothing if you can't access "the cloud." I'm usually open to new ideas on the internet, especially when it comes to browsers. Although there are differences, most modern ones basically do the same job (I still get hits on my site meter from people using Netscape 4!) But, as the old saying goes, the devil is in the details. I've tried Chrome a few times, but their bookmark system is hopeless. The one failing of Google products (which also bugs me when using Gmail) is that they are search oriented. I may be missing something here, but when I want a bookmark (or a contact in Gmail) I don't want to search for it. I want it safely nestled away in a labeled folder where I put it, I don't want to think about a search term, and I especially don't want to be "prompted." The Apple browser, Safari, is OK (I use a Mac) but for some reason I've never warmed up to it. Microsoft's aptly named Internet Explorer is just that- an exploration- you never know exactly what kind of formatting, text or image handling quirks will show up. I've tried Opera years ago; I've heard it's better now, but still in "the cloud."

Which leaves me with Firefox. I had been using version 3.6.13. It does the job with no surprises: I can edit the navigation bar exactly the way I want, I can minimize it exactly the way I want, I have a useful status bar on the bottom. My bookmarks work as they should- out of sight until I need them- and are easy to add to or edit. When I received an invitation to try the Firefox Beta version 4, I jumped at it, expecting a better product, albeit with a minor bug or two.

I was wrong. The status bar had been eliminated and I could no longer edit the navigation bar. There was a feedback button on the navigation bar and when I checked the forums there I found that there had been numerous complaints about these changes. I thought I'd give Firefox a few weeks to fix it, or at least offer an alternative. When an update was announced a few weeks ago, I was expecting good things. The new version was the same, except that now the title bar would flicker at random times! Most disturbing. I'm glad I'm not prone to seizures! The browser had cased to be a friendly, fluffy cloud; it had become a squalling storm, raining droplets of irritation and shooting lightning bolts of frustration. After a few days of this nonsense (others on the forum were complaining as well- but Firefox wouldn't even acknowledge the issues as problems) I deleted V.4 and went back to V.3. There is a kludge to get a crippled status bar, but why go backwards and make things more complicated? Add-ons usually need to be reinstalled or tinkered with with every update. Perhaps they don't want you to see what is being accessed when you load a web site?

Looking at the empty half of the glass, I'm apprehensive that this is the future of all browsers: more gimmicks, less function. I am aware that a browser must change to keep pace with security updates, but to have some team of "engineers" tinker with the interface for no apparent reason other than they can, is idiotic.