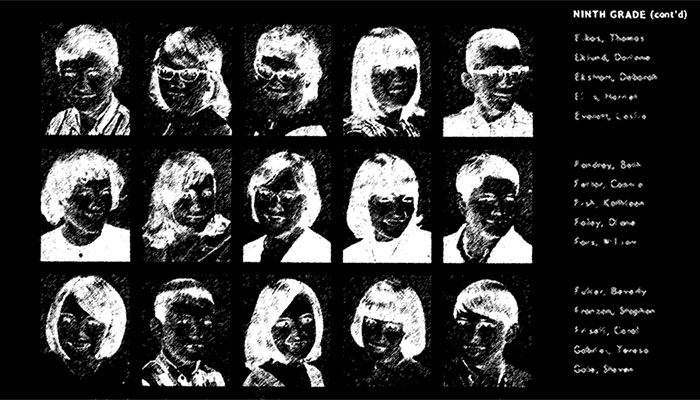 The transition from eighth grade to ninth held the biggest change of adolescence. Over the summer most of the "boys" now had the bodies of men (not the brains, however.) The girls, who had been a year or two ahead of the boys, were now absolutely women.

The young men were learning new ways of interaction, ways which included intimidation and violence. The young women, who had always used charm and tact, now had a new weapon. "Beauty privilege" is an advantage attractive women receive in life, whether natural or "made-up" it is not a right, but the tacit assumption that one blessed with good looks will never find them to be a liability in whatever they try to accomplish. It works for men too, although usually somewhat later with a different dynamic- good grooming is not exactly the same as a cosmetic "make-over."

All of the "normals" knew what it was about. It wasn't too big a deal, except for those girls who were conflicted about their own status and appearance. The desire to be seen as one of the "beautiful" created strange cliques, shunning and other class-perversions. Those girls who tried to steer clear of these social dysfunctions still suffered, it was a rare girl who was totally immune.

For a more timely take on this phenomenon, written by someone who is currently on the "front lines" of this battle, check out Tavi Gevinson's recent post.

I remember being a part of that beautiful clique and the start of the ninth grade, and dumping them for the geeky girls. The pressure was too much.

Although the geeky girls weren't so happy to accept me right away. I ended up eating lunch in the library for over a semester.

Like most ninth grade girls, I had a crush on an older boy. Of course. ;)

I have always been the nerdy kind. But it took me at least 28 years to realize that I am beautiful just as I am...I wrote a post about it: http://somechileanwoman.blogspot.com/2010/03/because-all-girls-blossom.html

CD ~ Thanks, but my insight comes 45 years too late. The girls in my ninth grade were actually mostly OK, but when we got to the high school (10th grade then) it really got much worse- some of the seniors (girls and boys) were really quite nasty.