Still in New Ulm, the day's first stop was the Minnesota Music Hall of Fame. 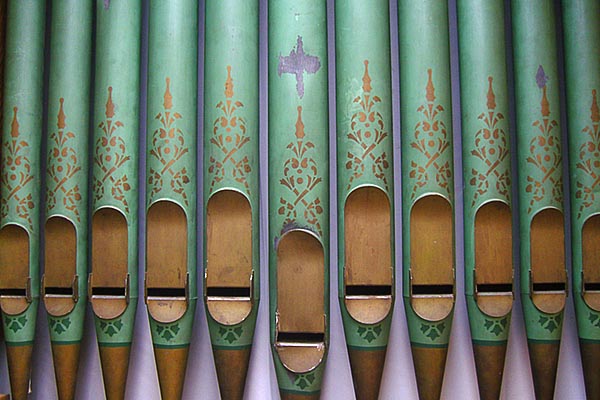 Hundreds of ballroom posters from throughout Minnesota, including
many big names from the past, some of whom I had the pleasure to work with: 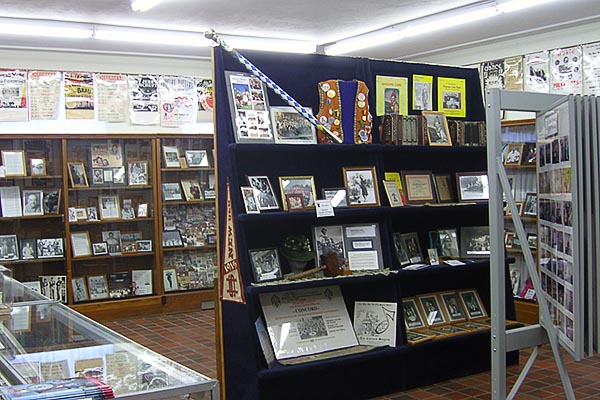 Just outside of New Ulm is the nation's second oldest brewery,
run by the same family since 1860. The Schell’s beer bus sits at the entrance to the brewery grounds: 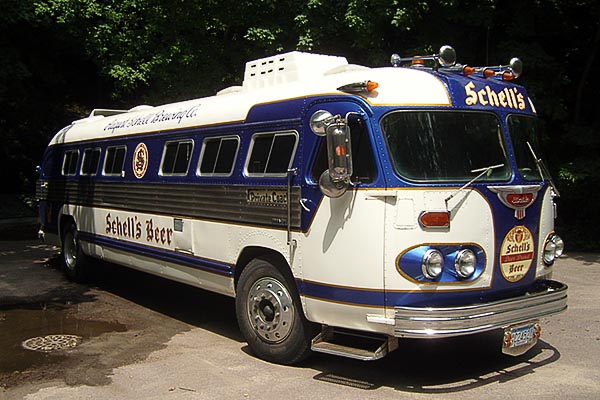 A dedicated (and hot) tour guide rests against a 100 year old vat (still used for brewing!) The beer tasting was later (The Porter won my vote, but I really prefer the Stout, only available in the winter): 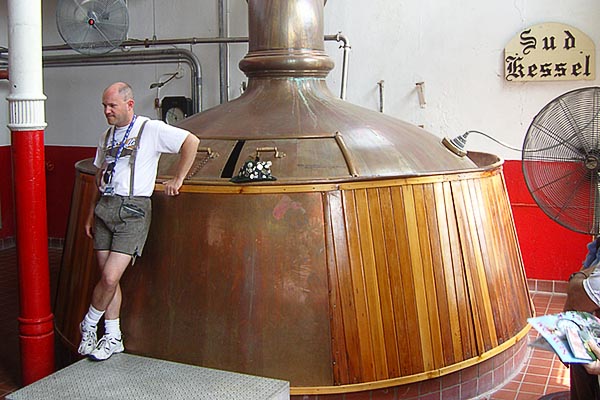 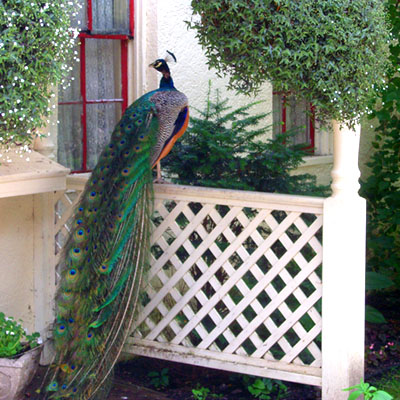 And the musical heritage of New Ulm is honored
in the brewery's museum as well: 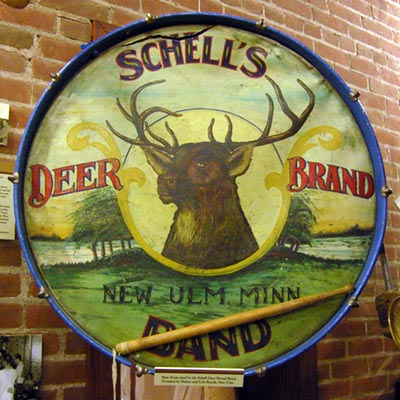 A different sort of band used this kind of drum: 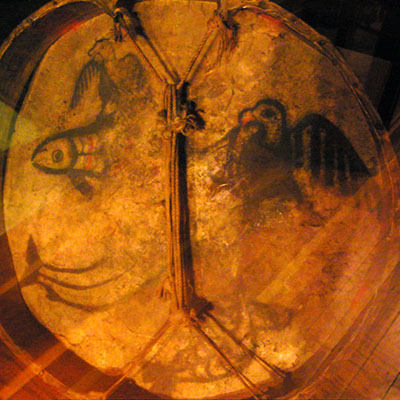 Its legacy, a defining moment in the area's history, has not been forgotten.

Thank you! Much more to come!

I remember being offered a beer at a parade in which I was marching in about 1962. It was hot, it would have tasted good, except I didn't like beer then.
Hope you have a Happy Birthday today! I figured out how old you are now and have decided to ignore it, since I'm still 64. Peace, Jean