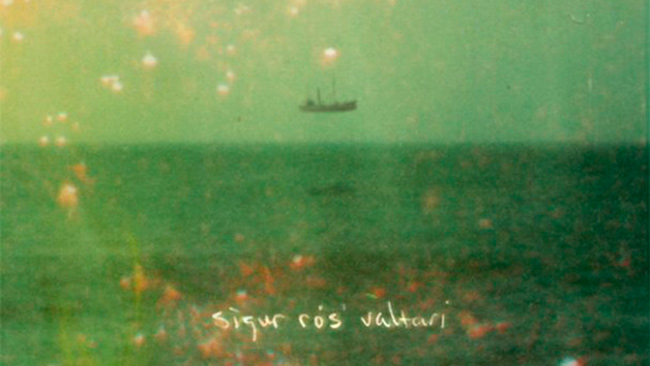 The latest Sigur Rós album, while not exactly a departure, opens with a familiar blend of intense art-rock laid over a simplified classical music background with Jónsi's urgent falsetto riding on top, almost as if it is an out-take from last year's Inni. But then the album starts to devolve into gentler, more open orchestration and comes into its own. I won't go into a track-by-track analysis— this is a work which should be listened to in its entirety, preferably with the lights out (psychoactive augmentation optional, but not necessary.) In the world of pop music Sigur Rós has carved out its own genre. One downside of this is that they have become a bit of a "cult" band and, as is the the usual situation in a case such as this, you are either in or you are out.

Another aspect of the groups' success is the adaptation of their music to film and television scores. The group has offered film and video directors carte blanche in the use of individual tracks of Valtari as a score in a "Mystery Films" competition.. The latest entries are here and are well worth a look. (Some NSFW)

I've been meaning to get a bow and try bowing my Les Paul. I doubt it will sound like Sigur Rós though.

It would also be a shame to gunk up a nice Les Paul with rosin.

You're right. Maybe I'll pick up something nice, but cheap, on ebay.

I think Jonsi uses a looping effect a lot.