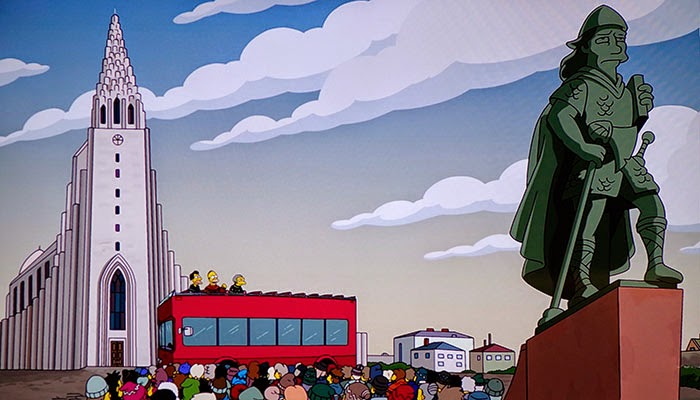 The Simpsons’ season finale found Homer, Moe, Lenny and Carl in Iceland. I was pleasantly surprised at the amount of detail they put into the show: 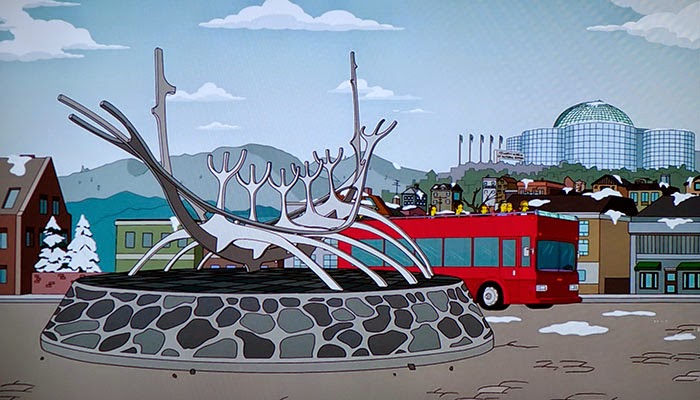 Homer threatening Carl with a piece of Hákarl: 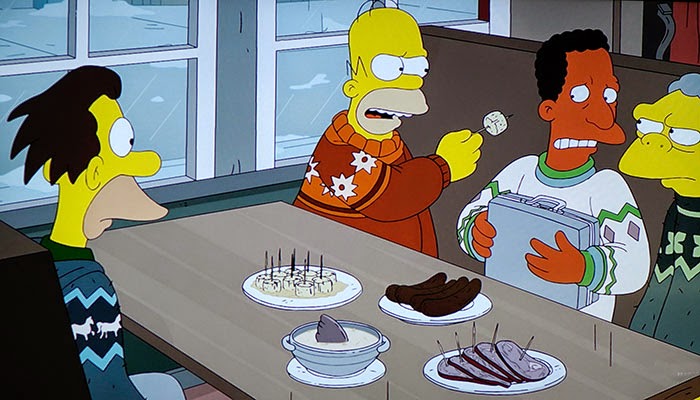 Moe missing out on the Northern Lights: 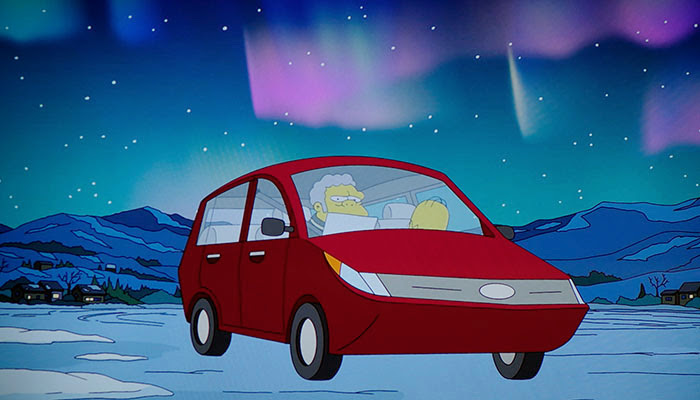 Relaxing at the Blue Lagoon: Also noteworthy was the Sigr Rós soundtrack and the cameo by Former Prime Minister Jóhanna Sigurðardóttir.

I suspect this episode will do as much for Icelandic tourism as anything Icelandair has ever done.

Would you believe we have to wait about 3 months for this in the UK...I'm not sure whether I think it's completely cringeworthy or not but I am a little bit desperate to see it. :)

Whoever wrote it must have a definite affinity for Iceland—it even uses the Sagas as a plot element. It was definitely one of their better episodes.

I heard about this, and am hoping to see it! I wonder if it is available on the Intergalactic Network?

I gather that it will show up on Hulu.

Of course I heard about it the day after. I hope to catch it in reruns and yes, it is an effective promotion.