I spent the morning on Craigslist, looking for out-of-the-ordinary Christmas gifts.  I spotted an interesting sale, at a place out in the country, which caught my eye. The seller was an amiable older gentleman, probably in his mid eighties. He said that he and his wife were trying to get rid of some things; they were going to move somewhere a little easier to take care of. The item I was interested in had a story, it once belonged to his grandfather, and then his younger brother. He finally ended up with it; it had been collecting dust on top of a bookcase for years. He said that didn't know too much about it: 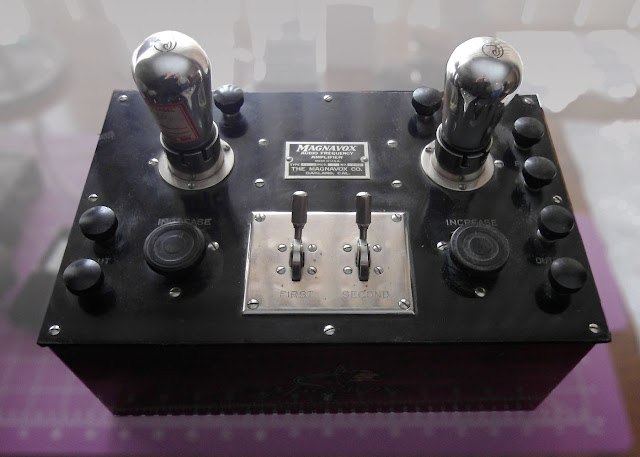 It was just what I needed, yet another amplifier. This one was a bit different than any of my other ones, however. This was one of the very earliest audio amplifiers made for the consumer market, made in 1922 or 1923. It was suitable for a radio or microphone input and I would estimate it was designed to deliver about a watt or two of audio output to an old-style "horn" speaker. I had thoughts of buying and restoring it, but upon looking at the inside and seeing that it had been tampered with, I decided against it. 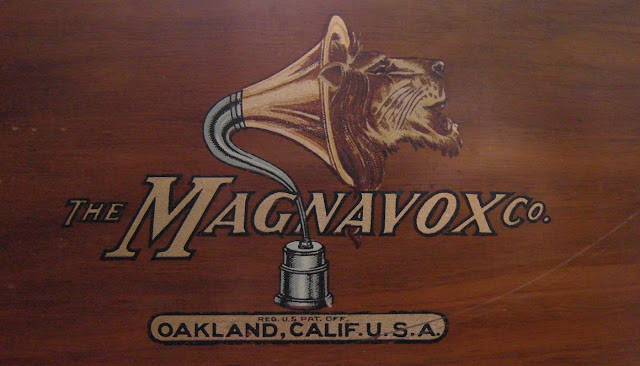 It would be a beautiful "objet d'art", however, with its chromed hardware and finely finished cabinet. I could even configure it so the tubes would light up and be controlled by the massive switches. It was definitely not the cheesy "Magnavox" radio we grew up with in the fifties. 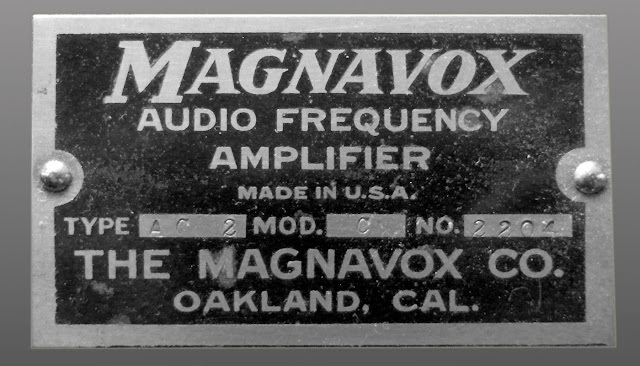 The seller had someone else coming to look at it, I suggested he ask for about $200, it would be probably worth three times that much if it was operational. I left him my number with an low offer and told him to give me a call in a week if he hadn't sold it.

Fifty dollars for a dust-catcher, no matter how cool, is about my limit.

I didn't know that Magnavox was once in Oakland. http://oaklandwiki.org/Magnavox_Company

Speaking of amps, these guys are local.
http://www.trashamps.com/

They were really pioneers, they invented the moving coil speaker and the first PA systems.