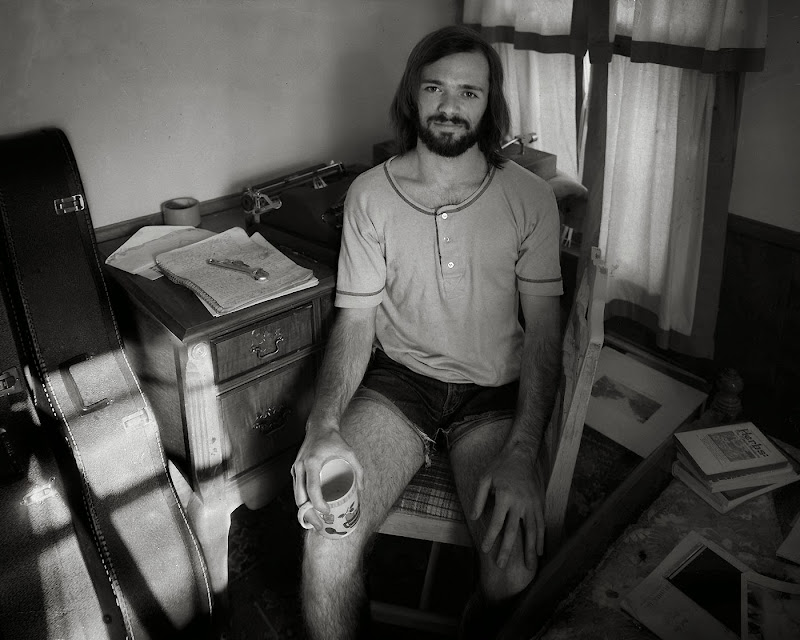 Esteemed Guru Audi Gi, in his citadel of enlightenment, Minneapolis, 1973

Kansas on Five Dollars a Day


It's prayer time in America which reminds me of an inkblot I once knew. Truth be known, I would rather listen to birds sing and wind howl than recorded music but birds dump on you sometimes (record companies don't?) and wind blows dust in your eyes more often than not so recorded music is nice sometimes. Regardless, wind and birds are lovely and free (no thanks to Frigidaire and pet shops) and usually quite separate from the never-ending Sucker-cycle, which is a priceless way to be (or not, Tubby?), to say the least.

You don't see Holy Moses written down very often, nor do you receive singing telegrams with anything approaching regularity (Har Har—nothing like body function humor, is there?), so, for the sake of diversity and what might be called Amusement, sing (to yourself and-or others): "Holy Moses, he's got the nerve to tell me he's heard something approaching decent (substitute creative, inventive or competent) music on recently released albums within the realm (ghetto?) of rock." The melody is your own (nothing you can sing that can't be sung), the motive a question of timing (nothing you can do that can't be done),the result an attempt at rhyming (all you need is love). Pro and cone, lost and found. Hash-heesh, Ahcid, leeds, spid? Ahead of time, child as a domestic pet.

Numero uno, kindly Doctor Fuzz (harmless Mr. Chowdery to those who know) points his gnarled finger at Procol Harum—Snak Crapple Pox "I like these guys," then falls back into the pages of Ripley's Believe it or Not. Old Fred asks for the good doctor's shoes. At least he's honest…


Record review introduction by the Guru Audi Gi,  published in The Minnesota Daily, May 28, 1971

It feels good to be enlightened. Especially after the weight I gained this winter.