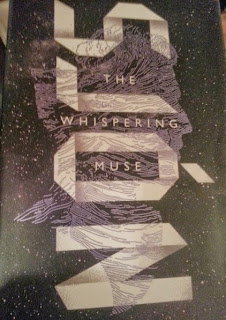 A novel by Sjón
Translated by Victoria Cribb
Farrar, Straus and Giroux, 2013


I, Valdimar Haraldsson, was in my twenty-seventh year when I embarked on the publication of a small journal devoted to my chief preoccupation, the link between fish consumption and the superiority of the Nordic race.

So begins this strange book of tales, set aboard a freighter in 1949. Valdimar is a "supernumerary", a guest, and most of the tales are told by Caeneus, the ships second mate who is possession of a piece of the legendary ship Argo. By listening to this 'splinter', Caeneus recalls stories of Jason and his crew, stories which include Caeneus as a character.

Sjón is noted for his fantastic stories, tales told with a historical overlay, such as The Blue Fox and From the Mouth of the Whale. This book was derived from a number of sources, but the themes are from Sjón himself. I got a sense the the author was critiquing Northern European culture, there is a strong sub-theme about theories of racial purity and the disastrous effects which were manifest in World War II.

While not for everyone, I think this book is a little more accessible than the other two mentioned. It may be a little less poetic for that, but the three titles make for a truly unique trilogy.

I have The Blue Fox, but haven't had a chance to read it and don't know much about Sjon. Thanks for the info.

I think that someday there will he should publish an omnibus of his work—these three books, his Björk lyrics, and some of his poetry. A really intriguing writer when looked at with a broader view.