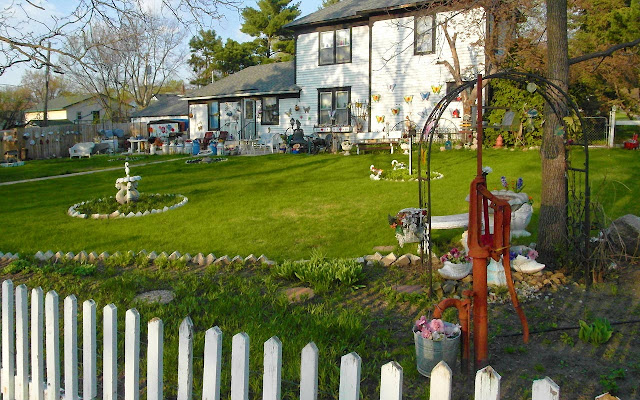 Down at the end of the block is Sam's place, noteworthy for its magnificent yard full of gnomes, milk cans, butterflies and other decorations. As long as I've lived here the spindly fence around Sam's yard has always been in a state of decay.  Sam always patches it up, I'll see him working on it while out on my evening constitutional.  I'll say hello, he doesn't talk much, but is always friendly.

This has been a 'good' year for garage sales.  Good tools, three boxes full of primed cedar shakes (which I put on the front of the garage to match the house) and some other supplies I know I'll use.  Of course when ever things like that are for sale it means that another old guy has hung it up, either incapacitated or gone, leaving a widow and/or children with his lifetime of accrued possessions. My turn is coming, I've already gotten rid of a lot of stuff I thought I'd never use, but a lot remains. Actuary tables suggest that I've got at least a couple more decades to go, but then again, it could be tomorrow. And if I do go longer the house will need upkeep, so I keep buying stuff.

It's been a couple of months since I've seen Sam. 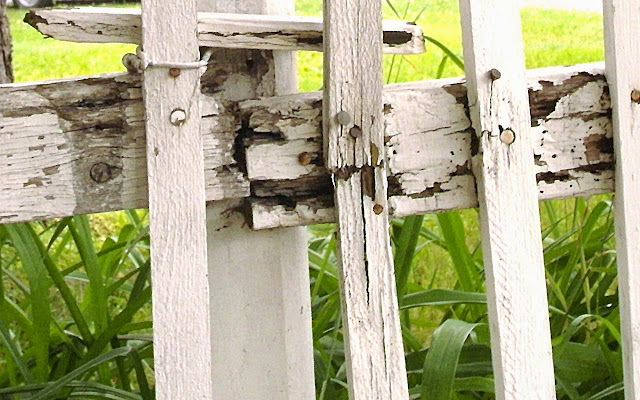 I have also been trying to thin out my possessions, but it is not easy. There is still room for the cars in the garage, but just barely.