Annie on the Radio 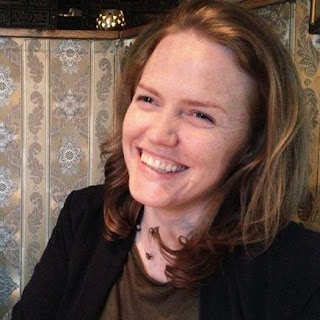 My favorite Welsh/Irish/Icelandic graphic designer, Annie Atkins, is back in the news again, this time for her part in the Oscar nominated films The Grand Budapest Hotel and  The Box Trolls. Her brief stay at Flippist World Headquarters touched the lives of all who met her. At the time of her visit she was between jobs, trying to make a career move. One might say that being the lead graphic designer on a film with nine Academy award nominations means that she has definitely accomplished that.

Here's the link to a recent radio interview which was aired on Ireland's RTE Radio One. Her segment starts at the 00:19:18  mark. It's about ten minutes long, stick with it to the end and you'll discover what her latest mind-blowing project is. Way to go Annie!

I can't believe that her visit was over 6 years ago! So glad that her talent has been recognized and she is making it out in the world. It puts a smile on my face on an otherwise dreary Monday morning.