This is chapter 35 of The Matriarchy, a serial fiction novel on FITK 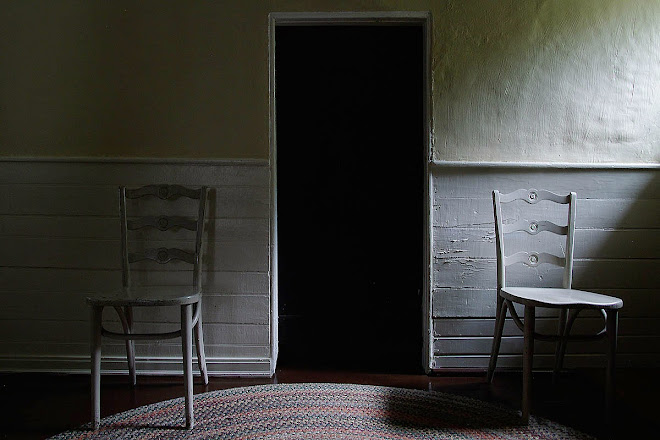 “Today’s goal: total bliss, or a suitable facsimile of same.”

Mary’s comment came out of the blue as Mary and Sean were heading Southeast on Iowa 76. Sean was driving.

“When expressed as a postulate, it sounds kind of insane. What constitutes unmitigated pleasure?” said Mary, “Is it a state achievable to a discerning mind, or does bliss require the loss of mind, i.e., the loss of self?”

“Some people think of love as a state of having lost their mind,” replied Sean, “Which begs the question: if ‘love’ was ruled by the head and not the ‘heart’, how long would it take humanity to become extinct?”

“Some cultures already are headed that way. But there is no shortage of new people. Animal instincts can only be overcome by intense civilization,” Mary said, “My animal instincts are insisting that we stop: I have to pee.”

“There’s a National Monument ahead; it has a visitor center. Can civilization dominate your animal instincts for a few more minutes?” Sean said, “The place has the evocative name of Effigy Mounds.”

“That would be fine. I could use a little stroll among the effigies.”

The visitor headquarters was nearly empty. While Mary used the facilities, Sean browsed the exhibits. When Mary returned, they paid the fee and began to walk the path up a large hill to where the mounds had been constructed over a thousand years ago.  It was a challenging hike, taking almost a half an hour to reach the top. The mounds themselves were low and not very large. They were formed in stylized shapes of animals and birds.

“Only echoes,” said Mary, “This is an old place. I am picking up on a sense of community, of people working together—as if this was the setting for an ancient mystery play.  Perhaps, when I’ve finished my ‘initiation’, I’ll be able to fully comprehend the experience. It is a peaceful place, though. I don’t sense any underlying sadness.” After a few minutes of wandering between the mounds Mary said: “I’ve seen enough, let’s go back to the car.”

Once they entered Wisconsin the land opened up and the scenery was, at times, spectacular. Mary was quiet—enthralled—during the rest of the trip. It was after five by the time they entered the town of Mineral Point. Sean had pulled up in front of The Brewery Creek Inn.

“A brewpub?” Mary said, giving Sean a quizzical look. “I’m not doing much drinking these days.”

“This is where we check in, not where we’re staying," said Sean, “Are you ready to begin your lifetime of marital bliss?”

“The premarital bliss has worked out OK so far, so I guess that I’m in,” said Mary, “Put your ring on.”

Inside, the Pub was filling up, but the bartender took a break from serving to sign them in. He exchanged the usual pleasantries with the couple:

“I'm picking up a weird vibe from this guy,” thought Mary, “Keep it formal.”

“Checkout is at 11. There is a parking spot on the north side of the cabin. The cabin is unlocked. The keys are on the kitchen counter.”

Back in the car, Sean exchanged thoughts with Mary.

“Did you figure out where that guy was coming from?” thought Sean.

“It might have been some repressed racism,” thought Mary.

“Or he was jealous of me. You don’t need a ring to see your ‘aura.’ Pregnancy suits you,” thought Sean.

“Tell me about my aura when I’m puking,” thought Mary. “But thanks for the compliment.”

“The cabin is a couple of blocks away,“ thought Sean, “I’m taking off the ring. Distracted driving, y’know. Worse than texting.”

“What kind of place is this?” said Mary, as she gazed at the stone facades of the old buildings which lining the street.

The Miner’s cabin was deceptively large. From the street, it appeared to be the size of a single car garage. The front room was comfortably furnished with overstuffed chairs and a sofa. A pair of filled bookshelves flanked a fireplace; the walls were tastefully decorated with what appeared to be original art.  An open doorway led to a series of additions: a kitchen, a bedroom, and a small bath. The kitchen had a fireplace as well. On one of its walls was a mysterious black door, flanked by two carved kitchen chairs.

“That door, with those chairs, looks like a metaphor for our marriage: one chair is you, one is me, and the black door symbolizes what lies ahead for us,” said Mary.

“Do you think it wise?” said Mary, smiling, “I think the bedroom door holds the key to our immediate future.”