This is chapter 33 of The Matriarchy, a serial fiction novel on FITK 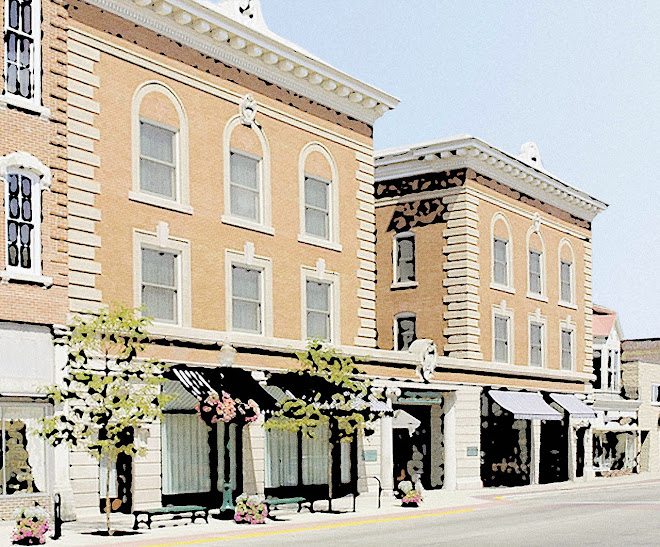 The wedding party left the courthouse and walked the two blocks to the Hotel Winneshiek. Although the restaurant was nearly empty, there were still a few hotel patrons lingering over breakfast. The maitre ’d gestured that they could sit wherever they cared to. After they sat down, a young woman in a chic black dress walked over to their table.

“Hello, my name is Shelley, I’ll be your server today. The lunch menu won’t be in effect until eleven,” she said, “Can I get you started with a beverage?”

“I'd like some juice as well, ” said Mary, “Sean here will have coffee; cream, no sugar.”

“I’ll have those right up. Will you be staying for lunch?”

“Yes, yes indeed. Shelley, would you be so kind as to take our picture?” asked Sean, handing her his phone.

“I’ll be glad to. Did you just get married?” said Shelley, eying Mary’s dress.

After the server took pictures and left, Sean looked at Mary and said: “You read my mind."

“Yes I did, and you should be able to read mine as well,” Mary thought.

Sean sat up with a start upon the realization that he was aware of Mary’s thoughts.

“I can. How is this possible?” he thought.

“The rings… ” thought Mary, holding her left hand up to her face, “… more of Emily's magic. I also know what you were thinking about that server’s legs.”

“This is going to be an interesting meal,”  thought Sean.

“A naked lunch,“ thought Mary, “Don’t worry, Sean, I always knew when you were thinking about other women.”

“Excuse me for asking,” said Edwin, “But are you two going on a honeymoon?”

“Yes, although that’s Sean's little secret,” said Mary, “We’re leaving this afternoon for parts unknown,” Mary noticed that Sean had discreetly removed his wedding band when Edwin asked about the honeymoon, “I hope he knows what he’s doing.”

“It’s been hard, keeping it a secret,” Sean said, giving Mary an impish glance, “But I’m sure Mary will like it. We’ll be back Sunday, to finish up helping Tina with the house.”

Shelley returned with their beverages.

“It’s been so nice to have them here, they’ve been so helpful, and now, having this wedding,” said Tina, “And having Emily… involved, it has been quite a week. I’ve always thought that there needed to be some answers to my mother’s disappearance and now, with Mary’s help, I think that we may finally have a resolution.”

Mary suddenly became quite still. A sensation of coldness enveloped her. Sean put his ring back on his finger. He couldn’t sense what Mary was thinking, however, and when she opened her mouth and began to speak it was not Mary, but the voice of another:

Mary regained her composure. A nervous shiver ran through the other members of the group as they sat in silence. Finally, Edwin spoke:

“A toast it is then!” he said, raising his water glass, "To Mary and Sean!”

“And to Edwin and Tina!” said Sean, raising his coffee. Tina and Edwin blushed.

“And to the baby!” said Tina, lifting her juice glass. “Evidently Emily knows that it’s a girl.”

“And to Emily,” said Mary, “A toast to Emily, and to The Matriarchy.”


Sally O’Donnell tried Molly Berenson’s number again. She was just about to hang up when a woman’s voice answered:

“Who is it?” said the voice on the phone.

“Hello, my name is Sally O’Donnell, is this Molly?”

The phone clicked and the line went dead. Sally realized that she would have to try another approach.


“Edwin, tell me, do you have any more of Emily’s effects?” said Mary, as they were eating, “And that curious shop of yours, is it really a business?”

“The shop? I have to have something to do with my time. I do sell some things occasionally. To pay for the heat,” he said, “As far as Emily’s effects are concerned, you have it all.”

“Edwin,” began Tina, “Why don’t you come out to the farm with us, to look over Emily’s things, you can talk to Mary about Emily there.”

“Yes do come, we’re not leaving until three,” said Sean, “That will give us plenty of time to talk.”

“I need to get out of this dress and pack a few things, but there will have plenty of time,” said Mary, “I need to get Edwin up in Emily’s studio. There’s more to that story than what I’ve been told,” thought Mary.

“Be gentle with him, he’s an old man,” thought Sean.

“I think that he and Emily have worn these rings together. He’s still hiding something.”