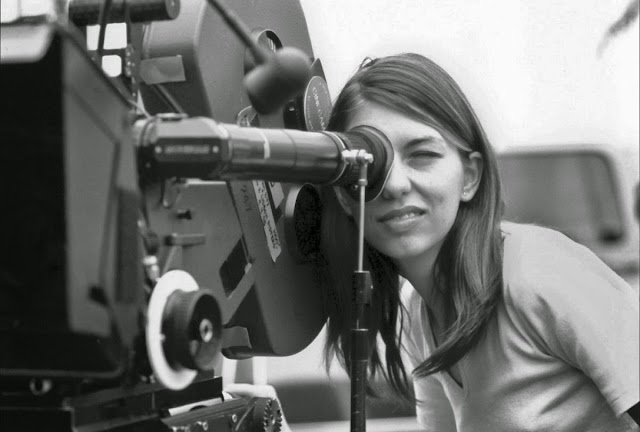 I've been on a bit of a film jag lately, I've used the time to fill in my knowledge of one of the most unique (and somewhat controversial) modern film directors, Sofia Coppola. Her 1999 debut feature, The Virgin Suicides, was praised while her next film, Lost in Translation, won an Oscar for her original screenplay. Her later films were not as well received, in 2006 Marie Antoinette had mixed reviews. I thought that Jason Schwartzman was miscast as Louis XVI and the modern soundtrack was disconnected from the sumptuous visuals.

These early films share a theme of young women trying to find their own place in the world, a world which would rather define it for them. There are never any easy answers in Sofia's films and some people feel that there aren't any endings either. This was especially true in her 2010 feature Somewhere, in which a bored and dissolute B-list celebrity halfheartedly tries to connect with his teen-aged daughter. It is probably Sofia's most personal film, reflecting she experienced growing up in the shadow of her father, Francis Ford Coppola.

In 2013 The Bling Ring was quite a different film. Based on the true story of a group of teens who would burglarize celebrities' homes by using social and entertainment media to figure out when they could break-in. Extremely well done, with a great performance by Emma Watson, but the emptiness of the characters may leave the viewer with a bitter aftertaste.

I enjoyed all of these films, but be aware they are not plot-driven. If you need a strong story arc and a satisfying resolution you will find these movies boring and dull. But Sofia's vision is consistent, and all of them will spur further discussion.