This is chapter 51 of The Matriarchy, a serial fiction novel on FITK 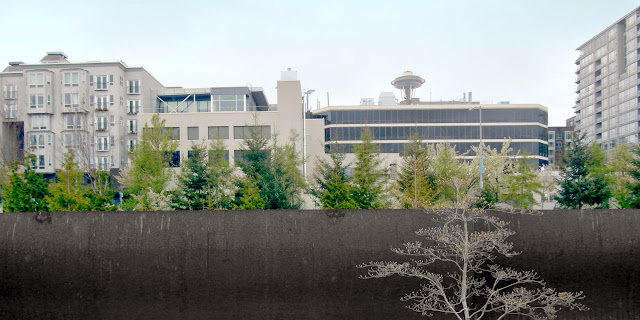 Back in their old apartment, Mary and Sean were ‘entertaining’ the two FBI agents. The agent from Virginia spoke first.

“You’ve been off our radar for a couple of weeks. That may have been a good thing,” said the agent from Virginia, “Since your stabbing incident, Sean, we know that there is a certain group of people who wish you harm. We have reason to suspect that they are starting to intensify their efforts, have you been aware of any activities toward you that might be considered part of this?”

“We are aware of the group and their intent,” said Sean, “The incident in Decorah, for example. Evidently, we just missed being attacked at my Aunt Tina’s farm.”

“What do you know of that?” said the Seattle agent.

“I became aware of the incident from news reports,” said Sean.

“You were in Iowa?” said the agent from Virginia, “May I ask why?”

“Are you holding Tina?” Mary said as Sean put his wedding ring on.

“She’s in protective custody,” There was a pause in the conversation.

“They know a lot more about this than they are revealing,” thought Mary.

“How much should we tell them?” thought Sean, “I doubt they’d believe anything about your communications with Emily.”

“We’re going to have to deal with them sooner or later,” thought Mary, “I think we should tell them about The Brotherhood, telling them what we know from Billy’s report and Roger Ramsen’s files.”

“That will incriminate Sally. We’ll have to get some assurances,” thought Sean, “Do you think it wise to deal with the FBI?”

“I don’t think we have a choice,” thought Mary, “Go ahead, and talk to them. I’ll keep quiet, it’s best that they don’t know what I’ve been up to. As if they’d believe it anyway. Make sure you get as much information as you give.”

“Let’s start from the beginning. I’m going to omit some names, but you may already know some of them,” the agent from Virginia continued, “The F.B.I. became involved with you at the request of a certain member of congress who had the cooperation of a sub-director. The entire affair with your half-brother William and the interrogation of Ms. Berenson was done in violation of established department protocols. That sub-director is no longer with the agency. After you were attacked in Virginia, a special task force was created to find the perpetrator and his motivation. We were ready to arrest him when he suddenly died from natural causes. We had some evidence to suggest he was part of a larger group but have been unable to link it completely. As evidenced by the incident at your Aunt’s farm, they are evidently still active and extremely dangerous. There is also evidence that the group has connections with foreign agents, agents who might pose a threat to homeland security. We have come here to warn you, and to seek your help. It is our understanding that you already have some knowledge of this.”

“Yes, we are aware of the danger, and we have some knowledge of that group,” said Sean, “That said, much of what we surmise has been taken from sources which would not be considered proper evidence.”

“Of course,” said the Seattle agent, “In any investigation there is information that, while not admissible in a court of law, nevertheless can help lead to a satisfactory conclusion.”

“And some of what we know has been obtained from sources who acquired it in ways of questionable legality.”

“Of course. We are willing to accept anything you may offer as ‘background information’, with no questions asked as to its legality,” The agent from Virginia said. His phone began to ring: “Excuse me for a moment,” and he stepped out of the apartment and onto the balcony. Shutting the door behind him, he began talking. When the agent returned his face, which had been non-committal, now exhibited a grave demeanor.

“There has been a new complication,” the agent began, “You do know a Sally O’Donnell, from the incident in Iceland?”

“She’s been found dead, not far from here,” said the agent, “Have you been in communication with her recently?”

“They’re getting closer,” thought Mary, “I don’t trust these agents completely, but I think we don’t have many other options. We’ll need all the help we can get.”

“I’m inclined to agree,” thought Sean, “We don’t need to protect Sally now, but we should contact Molly.”

“Does the name ‘The Brotherhood’ mean anything to you in the context of this investigation?” asked Sean.

The two agents looked at each other.

“Yes,” said the agent from Virginia.

“Sean, would you make us some coffee, please?” said Mary. “Gentlemen, fasten your seat belts.  We’re in for a bumpy ride.”