This is chapter 68 of The Matriarchy, a serial fiction novel on FITK 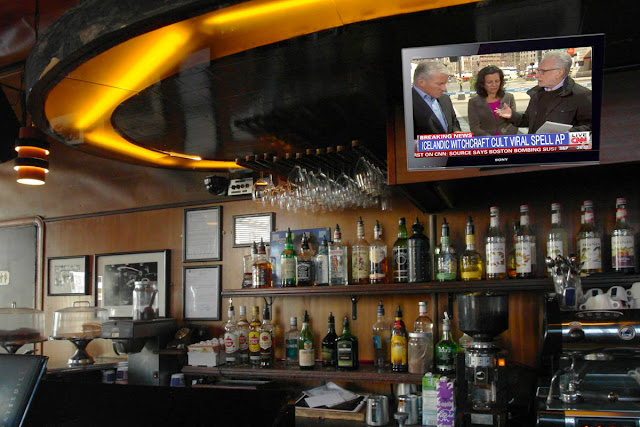 Sean resigned himself to do all the driving on their trip back to Seattle. With the threat of The Brotherhood eliminated, he planned on taking the quickest possible route. Mary and Emily were in the back seat, exchanging thoughts via Sean’s ring. Sean had plenty of time to think as well—wondering what, if anything, the collapse of The Brotherhood would mean for Mary and him.  With the imminent threat of attack over, Sean and Mary could stay in their old place while Emily would have the other apartment in the building. A more subtle concern for Sean was Emily’s influence on Mary. The two women existed on a different plane from him, and he could feel a touch of resentment in the way Emily monopolized Mary’s attention.  But if Emily’s statements about her aging were correct, Sean wouldn’t have long to worry about her.

“What a horrible thing to think,” thought Sean, “I should be grateful for the chance to spend time with her.”

A more pressing concern for Sean was Mary’s pregnancy. She was nearly three months along and still hadn’t had an exam or done any other preparation for the delivery, although it hadn’t seemed to bother her. His train of thinking led back to the question of Emily. She wasn’t exactly what Sean would consider for a role model for motherhood. It was good that Mary had made a connection to someone who had been through the experience. Mary’s past was still a blank, perhaps it would be a good idea to get in touch with her adoptive parents, although that was still a touchy subject for Mary. It was a distinct possibility that it could do more harm that good.

As they approached Rapid City,  Sean looked for a place to stay. There was a strip of hotels and restaurants just off the freeway and he pulled into a Holiday Inn that had an adjoining steakhouse. After they registered, the trio walked over to get something for supper. The steakhouse was part of a national chain; the dining room was full but the host said they could eat in a booth in the bar. While they waited for their food Emily became distracted by the river of images flowing across the television screen above the bar. It was a cable news show, full of images of wars and disaster, with cutaways to talking heads providing commentary.

“It doesn’t seem real at all,” said Emily, “It’s like a bad dream, worse than that, it’s a senseless dream.”

“Well then, tell me, what is the point?” asked Emily, “How does anyone know anything about anything?”

“If it’s on the internet it must be true,” quipped Sean.

“A lot of it is done by the big corporations that run the media networks, but a fair amount is by the people who create their own content,” said Mary, “It’s unique in the way it allows anyone access to publishing. That may not always be the case. There are plenty of special interests that can’t stand its openness and would love to have full control.”

The newscast shifted to images of glaciers and volcanoes.

The landscape scenes shifted to an interview with a man wearing a knit sweater.

“You know this man?” asked Emily.

“Hilmar is the man heading the group who came up with the application that promotes the old religion.” said Mary, “Some of the spells from your book are being used in their app.”

The TV showed a group of people standing in a square with the title ‘Reykjavík’ superimposed on the screen below them. There were shots of people holding smartphones and chanting. The camera broke away to more talking heads, evidently discussing the situation.

“I wish I could hear what they are saying,” said Emily.

“We'll watch it back at the hotel,” said Sean, “They repeat these broadcasts every hour.”

After dinner, back at their suite, Sean fiddled with the TV's remote until he found the cable news channel. When the broadcast cycle returned to the feature on Iceland, Sean turned the sound up. Over a background of Led Zeppelin’s Immigrant Song, the announcer began:


“The latest hot app comes from the land of fire and ice—Iceland. A neo-pagan group has been promoting itself with a smartphone application which purports to offer actual spells. Here is its leader Hilmar Steinarsson, leader of the group, talking about the app and its explosive growth:

‘Já, this app has been growing exponentially each day in the two weeks since its release. The spells it offers are intended to allow the user to be more in tune with the natural world, and to ease some of the problems of modern existence. There are people all over the world who have incorporated these simple chants and have found them helpful in their daily lives.’

Here are a few testimonials from some of its users:

‘I’ve found that the chants have helped my dealing with others and improved my relationship with my husband immensely.’

‘My children are better behaved and my eldest daughter has found them to be helpful when doing her homework.’

From Iceland, this has been Peter Nicols reporting…”


“Behold! The power of the Internet!” said Mary, with a flourish. “We’ve gone viral, Emily!”