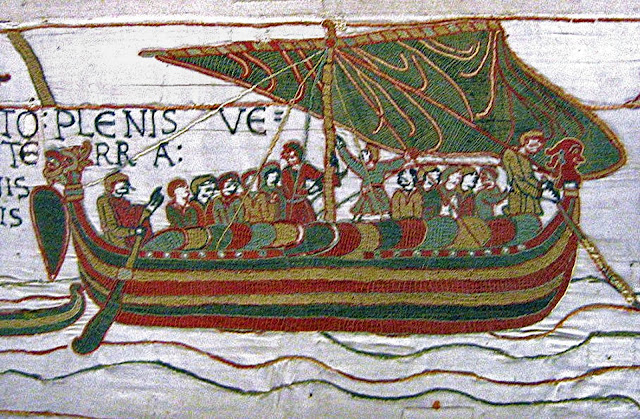 This is Philip Roughton’s new translation of the great Icelandic novelist Halldór Laxness’Gerpla, (previous English title: The Happy Warriors). It is a retelling of the Fóstbræðra ("Sworn Brothers") Saga. This translation completely supersedes the Katherine John translation from the Danish. That version was written in an awkward psuedo-Middle English style and had also eliminated the Icelandic characters ð and þ from the text. Roughton also chose to preserve the Saga literary device of changing from past to present tense at dramatic events, a device that Laxness had retained but was lost in the John translation. It gives the narrative an added dimension, as if it was being presented orally (as the Sagas were originally presented) rather than as a dispassionate history. While reading it in the new translation, I got a better sense of the sarcastic edge that Laxness gave to the narrative, particularly in the dialog of the women in the story, who offer a counter-point to the two hapless “heroes” on their misguided quest for glory. Roughton also supplies the reader with helpful end-notes about some of the more obscure points in the story.

Historical fiction, if it is to succeed in transporting the reader to a distant era, must impart a sense of verisimilitude in the events it depicts. Even more difficult is the re-creation of the literary style of a past era. The crowning achievement is, of course, the creation of a truly great novel. Wayward Heroes succeeds on all three counts. First published as Gerpla in 1952, it is written in a strict Saga style. The story of two “oath-brothers”, Þorgeir Hávarsson and Þormóður Koalbrúnarskáld, and their quest to recreate the glory of the warriors of old. In the changing world of 11th century Europe they are both out of date and in over their heads, for the majesty and power of the pagan ways has been supplanted by the strange cult of Josa mac Dé: Christianity. The old Viking “pillage and plunder” economic model has been supplanted by trade and cooperation. After a few Icelandic misadventures they split up: Þormóður the poet becomes distracted by a woman’s wiles and domesticity while Þorgeir, the would-be heroic champion, ends up in England and France in the service of Olaf Haraldsson (later to become the self-made King Olaf.) Disenchanted with the European ways of warfare, Þorgeir returns to Iceland where he meets an ignoble end. After much brooding on the death of Þorgeir, Þormóður leaves his wife and children to undertake a quest of vengeance for Þorgeir’s death. Traveling to the far northern reaches of Greenland, living with the Inuits and enduring much suffering and hardship, he fails in his mission. Crippled and bitter, Þormóður makes it back to Iceland and then, finally, to Norway, where he seeks out and meets Olaf on the eve of the Battle of Stiklestad. Þormóður finally comes to the realization that his dreams of heroism and glory have led to only death and destruction.

This is a book full of strange and terrible things, sprinkled with archaic words and obscure references. A familiarity with the Sagas and that era (c.1000-1030) would be a definite aid in comprehension. Laxness’ literary mastery manages to come through, the language is powerful and direct, its archaic aspects only add to the story. Laxness introduces some social criticism, starting subtly and building steadily. By the final scene, which culminates in a moving climax, Laxness’ message is felt all the more for its prior restraint.

It's the same story, but much more readable. You get a sense of what Laxness was trying to do with his use of the Saga style.