One Piece at a Time

I'd get it one piece at a time
And it wouldn't cost me a dime
You'll know it's me when I come through your town
I'm gonna ride around in style
I'm gonna drive everybody wild
'Cause I'll have the only one there is around.

Not exactly the way Johnny Cash sang it, but my new car has been undergoing some upgrades. Since my previous car had been built in the last milennium, I was no longer up-to-date in my knowledge of modern automotive marketing. I bought a year-old Kia Soul, the base model, without any frills. It was ridiculously cheap but lacked a few niceties: Cruise Control, Keyless Entry, a spare tire (!?), but was otherwise nicely furnished. There was a place for "fog lamps" on the front bumper that was filled with a black plastic plug. I found some LED lights that fit, not full-blown spotlights, but ones that will do very nicely as daylight running lamps. The interesting part was taking off and putting back on the front bumper cover. Once installed, I think they look “swell”: 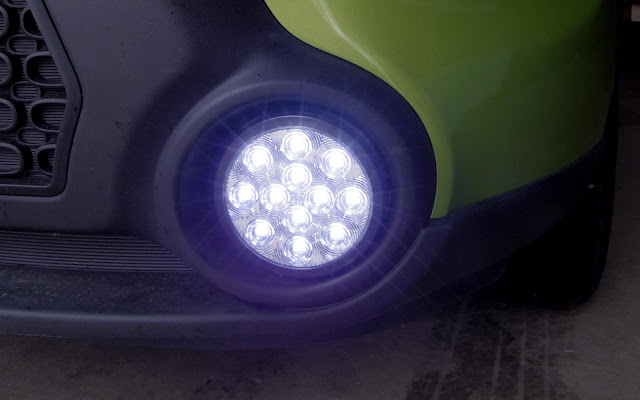 The cruise control was actually easier to put in—the circuitry was already in place! I needed to get a $16 switch for the steering wheel (see below) and a new wiring harness, they were real KIA parts: 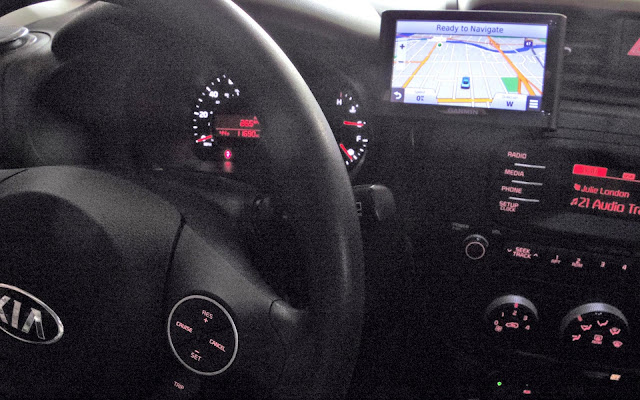 I also sprang for a GPS ($80 refurb) which works well (didn't they used to be really expensive?) and doesn't require a smart phone to operate. The key-less entry issue was solved by a $16 unit that came with two fobs. That required a bit more work to install, but there was plenty of help on internet forums: 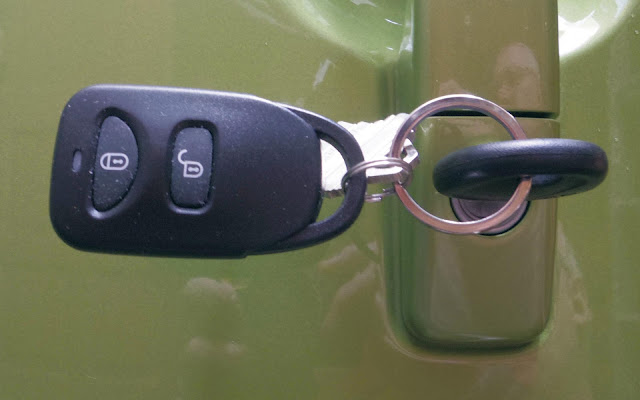 One feature that is not offered on the higher-end models is embroidered frog headrests: I also found a genuine KIA spare tire kit on Amazon, it should arrive this week. All of these upgrades would have cost over $2000 at the dealer, either in dealer add-ons or installed in a much higher-priced model. I've got about $400 and a couple of hours of my time invested in parts and the frogs.

You're due some Frog Applause, mon frere!

The frogs really make it special.

In a lily pad design!