One From the Heart 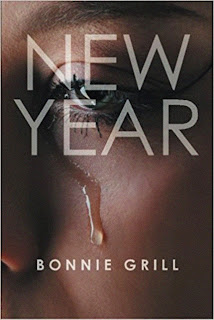 Six times a year, a group of men and I who went to high school together meet for dinner at a local 50s-themed restaurant. We catch up on stories about the people and places we knew then as well as what is going on now. As we get older, more of the stories concern infirmities and death. In the group, to a man, the biggest fear we share is losing our spouses, and those who have already lost theirs are the saddest stories. One of those stories has been published in this memoir, written by one of our class-mates who recently lost her husband to a sudden and completely unexpected cardiac event—he had gone out to the garage to change a tire and collapsed there, undiscovered for over an hour.

This book chronicles a year in Bonnie’s life: from her husband's death to its anniversary. As it unfolds a series of flashbacks tells of their life together. Bonnie is unflinching as she recounts her husband’s problems: money, drinking, health and signs of dementia. Their marriage had its difficulties, but they managed to stay together. After his death the book relates the struggle of the author living alone for the first time in her life. This is not literature of greatness, and the anguish she experiences could be, in lesser hands, unbearable. What redeems the book is Bonnie’s candor, resilience and sense of humor.

Bonnie and I had a short relationship when we were in high school together. I was not ready to take it further, but we remained friends—not close—but close enough to make every meeting a pleasure. I haven’t seen her since her husband’s funeral. When we meet again at our reunion next summer, I’ll have a new understanding of her, and a deeper respect for her after having read this book. This is a common story, well told, without a trace of guile.