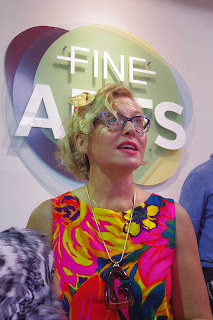 Whew! It’s been over ten years since I started my annual reportage of the Minnesota State Fair Fine Arts Preview Night.

I didn’t get any work into the show (again!) but there is usually plenty of other interesting work to appreciate. Genie Castro was there, this time helping out on the service desk (right); she just might be the reason color photography was invented. Speaking of photography, overall the photos this year were kind of schizophrenic: there were many “classic” fine art black and white prints (which had been scarce for a couple of years) as well as an equal amount of travel snapshots taken with cell phones. Hmm.

There were some imaginative things being done, although I thought the sculpture and painting were not up to the usual standards. There were a handful of nice prints and drawings, but the watercolors were for the most part cliché. Here are a few things that caught my fancy:

Amy Ballinger’s Voyager, a much better than average “levitation” picture: 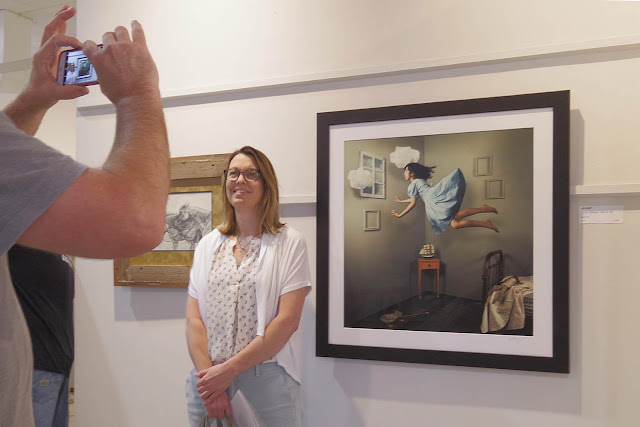 Mary Zubrzycki’s Bag Lady held a lot of interest for women of a certain age: 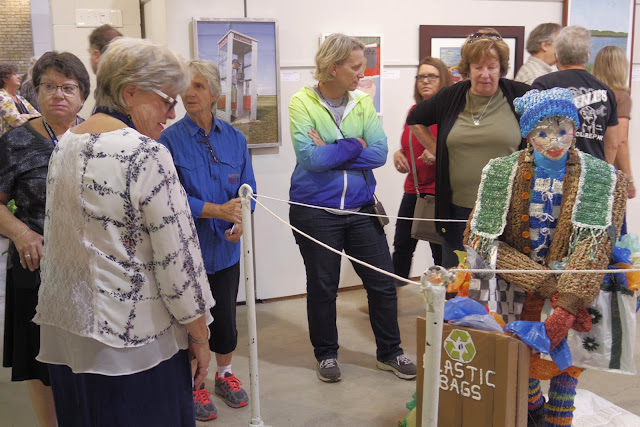 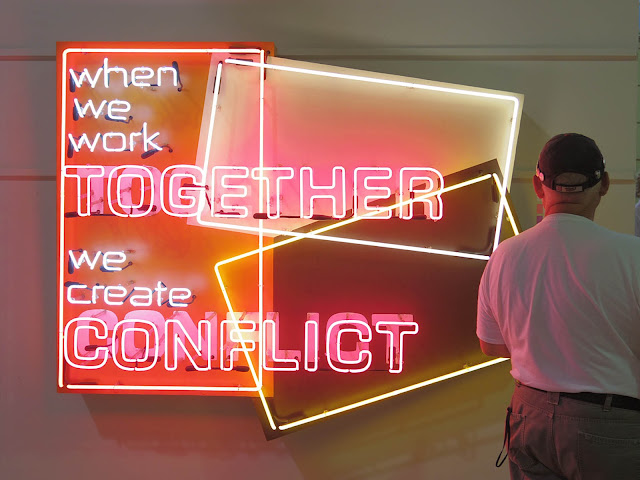 After I left the exhibit, I saw the giant Ferris wheel going through its electrical testing: 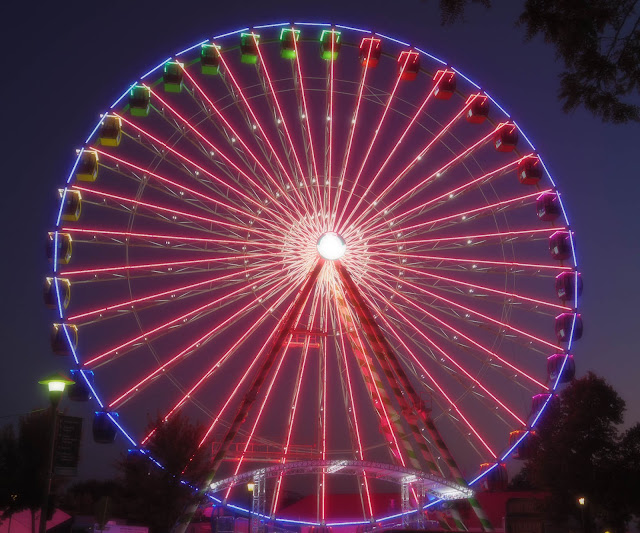 Next week I'll have pics of my annual pilgrimage to the fair, if I can get there (they are short of drivers for the shuttles!)

Check out my other Minnesota State Fair Fine Arts reviews.