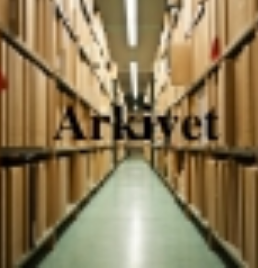 In a previous life I went by the moniker of Dr. Fuzz. It had something to do with Flippism in that a 45 rpm record (remember those?) on that label had a “song” by the aforementioned as the B side. The other side was a spacey jam by “Haley and the Howlers”—neither track charted and both were justly lost in the sands of obscurity.

It seems that there is a Swedish podcast titled Arkivet (the Archive) about underground music from the 60s and 70s - focusing on psychedelia, progressive and folk. For the December 27th 2017 podcast the theme was “Not on Discogs”, described thusly: “For this episode we’ve put together a selection of lesser-known or possibly unknown (?) records. It’s a strange mix of strange music with all possible genres, including real people, lounge-psych, dreamy psych-pop, breezy soft-rock, folk and hard rock.”

Leading off this episode was my magnum opus I’ll Be There at the End of the World. How they managed to find a copy of it in Sweden I’ll never know. The host’s comments were generous, although they sounded befuddled by the whole thing, rightly so. In an amusing twist, this record is on Discogs, you can pick up a copy for $65!

I’m big in Sweden , too, but I’m not featured on a podcast! Congratulations. :)

You can be my manager for my Swedish tour…

That would be fun!