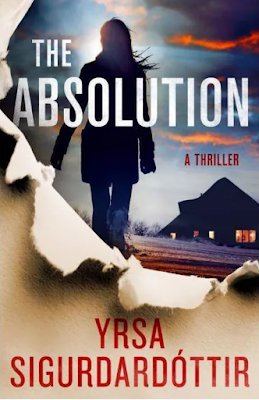 She has been cranking them out for fifteen years now and I’ve reviewed most of them, including five of her Þóra Guðmundsdóttir series, three of her stand-alone efforts, and two other Freyja and Huldar entries.

Freya is a child psychologist and Huldar is a low-ranking detective who have previously had brief fling and are (again!) unwillingly thrown into the murder investigation of a teen-age girl. The deceased girl’s friends are interviewed and it soon becomes apparent that there is much more to this case than meets the eye. When a teen-age boy is violently abducted the focus shifts to his friends and soon a pattern of cyber-bullying emerges in both groups of teens, although they are not connected with each other.

This is definitely one of her better efforts, although I think the stand-alones are better novels. All of her series books have their moments but are oddly hampered by the lack of personality in the main characters. This novel is no exception to that rule, but it is elevated by its unpredictable plot and a good use of its setting in Reykjavík and the surrounding areas. There is also a definite sub-theme on the shallowness of the modern Icelandic social scene and it even throws in a few chuckles at the expense of Freyja’s inept attempts at dating.