My Own Private Iceland #1 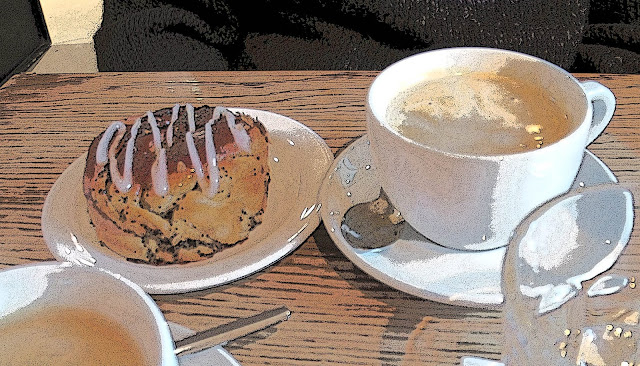 For me it is a novelty to arrive in Keflavík, Iceland’s international airport, in the daylight. I have never been here after the vernal equinox, nor before that of the autumnal. After the whirlwind of deplaning, passport control, and duty-free, my flight-fog begins to lift. I settle into the Flybus for the 50 minute trip to the BSÍ terminal in central Reykjavík. Heading east on Highway 41, I slip into a reverie about the first time I came here:


It was the year 2000, an infinitely simpler time—we even had paper tickets for the flight—and 9/11 was just another date on the calendar. The most notable recent date had been January first, the much-feared Y2K. The world managed to survive, and when I saw an offer for a “mid-week madness” trip to Reykjavík in The New Yorker, an offer that coincided with The Weaver’s spring break from her job. That was the start of my infatuation and even before the trip was over I knew that I would be coming back.


When the Flybus reaches the BSÍ terminal, I get off and make the short trek skirting Vatnsmyrin, the restored swamp next to Norræna Husðid, to The Raddison Blu Saga Hotel, the hosting venue for the Iceland Writers Retreat. My lungs take in the sub-arctic air, 7° Celsius; dizzying in its freshness. It’s a heat wave. Dropping off my bags at the hotel, I then go west to Vesturbæjarlaug, the neighborhood pool. Walking through the residential district—the morning stirrings of its inhabitants around me made me feel as if I had lived here my entire life. On the corner of Melhagi and Hofsvallagata is the Kaffehuís Vesturbæjar; the scent of fresh baked pastries is too powerful to resist.