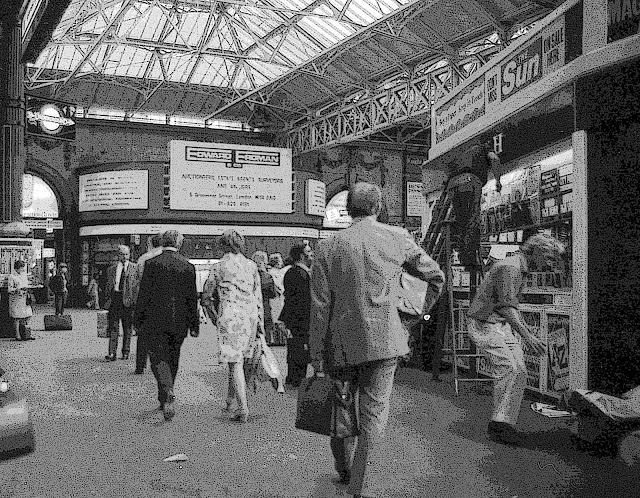 After being initiated in the druidic mysteries during a visit to Stonehenge, I took the tour bus back to Salisbury and then caught the train back to London. Earlier my traveling companion, who disdained such new-age foolishness, had abandoned me at the Cathedral in Salisbury and had returned to London and was sitting on a bench in the Waterloo station. She was evidently learning a bit about modern British culture from a solicitous middle-aged ponce eager to help her experience another kind of initiation. She was flattered by his attention and seemed pleased that I had arrived in time to witness it.

Our relationship on the rest of the trip could be described as cool and damp, a perfect match for the dismal English weather. After we returned to the states we managed to patch things up a bit and stayed together for another two years when the charade mercifully ended. Looking back on it now (nearly half a century of hindsight!) it would have been better to break it off then, for both of us. She went on to law school (Harvard) wheras I went on to the school of hard knocks, majoring in music, minoring in marijuana.