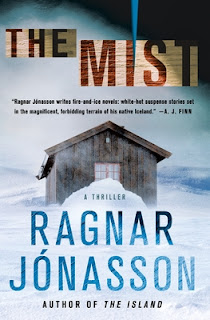 A Thriller
by Ragnar Jónasson


Translated from the Icelandic by Victoria Cribb

Another in the Hulda Hermansdóttir series, this book takes place at various locations in Iceland in the late 1980s. There are three parallel stories going on here: Hulda and her relationship to her daughter and husband, a double missing persons case and a horrific crime scene on a remote farm in the east of Iceland. Ragnar has a laconic writing style, suitable for this kind of story.

This is an Iceland of the pre-boom years and Ragnar does a good job of portraying just how grim Iceland was in those days. It is also a very dark story—don’t expect any uplift at the end.

A good choice for fans of Ragnar, it might not appeal to the general reader, it gets an automatic thumbs-up from me because it references Halldór Laxness’ Salka Valka!