In my dreams, however, I’m still there, still trying to make deadlines, still fixing machines, still trying for closure. Working in a photo lab was a common occupation until about ten years ago; the digital revolution in photography was a game changer. I saw the writing on the wall as early as 2000 in Las Vegas at a trade show and when the smart phones came in in 2008, along with the rise of FaceBook, that was a one-two punch that finished the job. By 2012 there was not much demand for the kind of work I had been doing and the lab closed soon after. It went as well as could be hoped and I’ve never regretted retiring, but I can’t stop dreaming about it once or twice a week.

Here are some shots of the lab and some of its workers from that era for your perusal; the stuff dreams are made of, starting off with the legendary Don Olson: 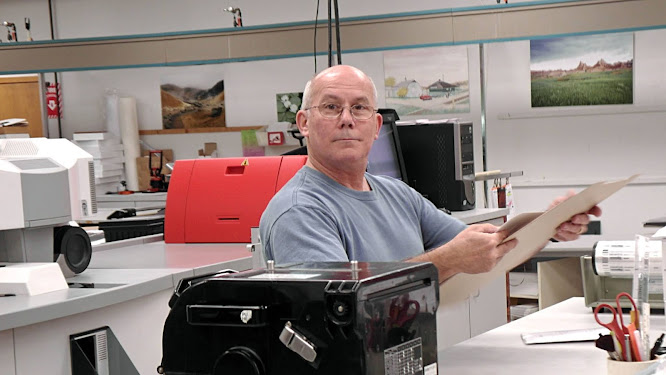 Next up is the equally legendary Nicole Houff: 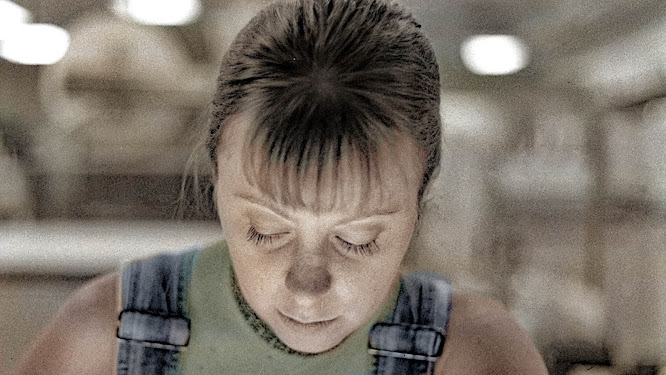 And the divine Ms. M works the counter: 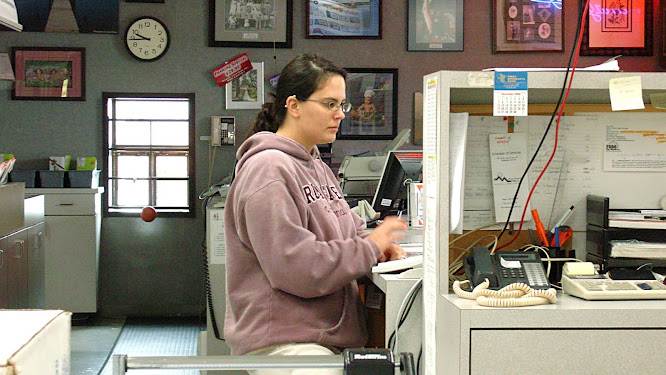 In the backroom, framing and chemical storage: 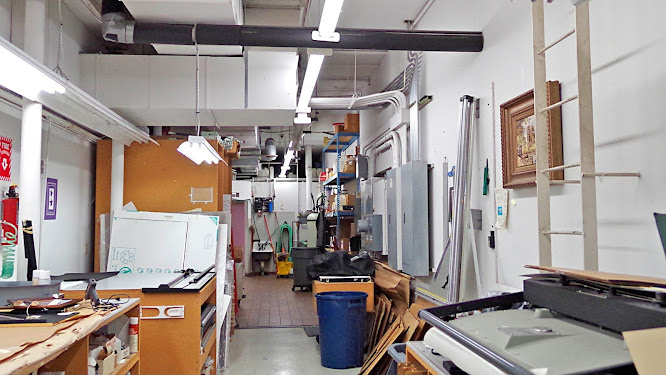 And, finally, YT with a window promotion (the last display just before closing) featuring the professor’s favorite Icelandic girl-group: 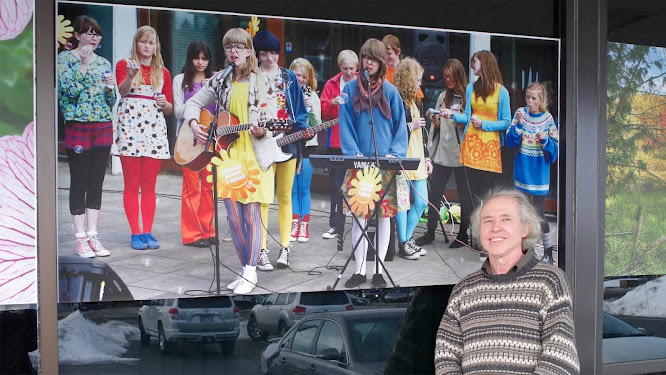 Very cool, Professor! Maybe film photography will have a resurgence like analog music.

Not a chance, and this is from someone who resisted digital photography for a long time.
There was probably a million dollars worth of equipment in that lab, and it was all destroyed at the end.