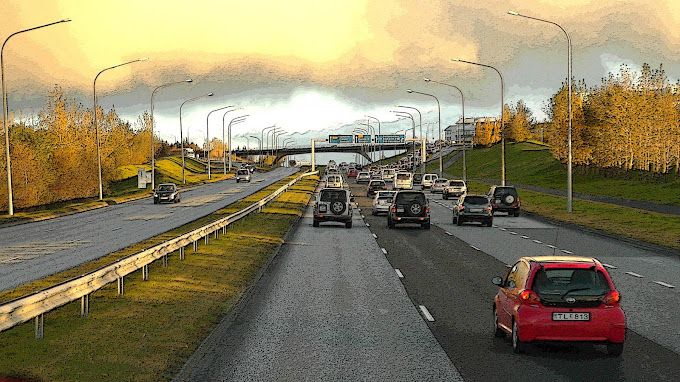 Nearly every tourist who hasn’t rented a car (or limo) takes the Flybus from the Keflavík airport terminal to the BSÍ station in Reykjavik. I’ve done it six times, every trip is like a mini-documentary of Iceland: people on their way to work; to school; businesses opening; the rising sun. Each turn in the road reveals a new vista. 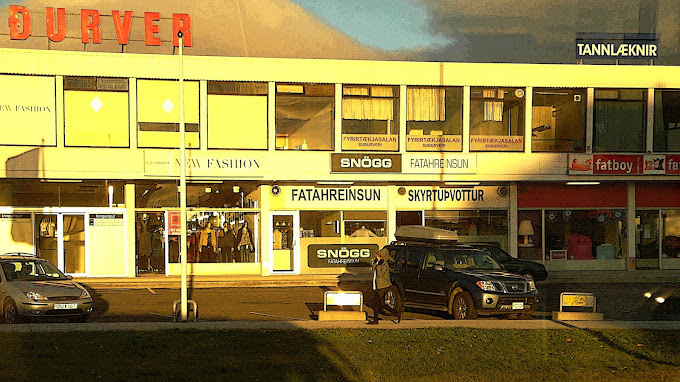 Over the last twenty years both the road and the buses themselves have been upgraded (WI-Fi - yay!). The trip is really quite civilized compared to battling the traffic yourself (which I have also done and don’t recommend.) As you get closer to the city, the traffic can get quite congested: 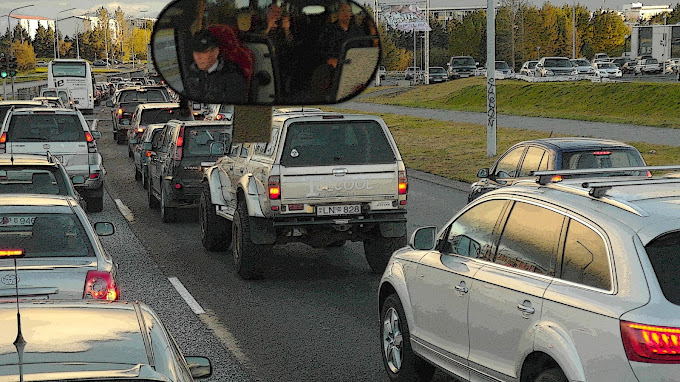 Here’s a shaky low-res clip (kind of quaint compared to modern videos) from 2012, taken from the bus driver’s perspective:

AND it isn't raining!

Of the cumulative 60+ days I’ve spent in Iceland, it only rained a couple of time for longer than 5 minutes!