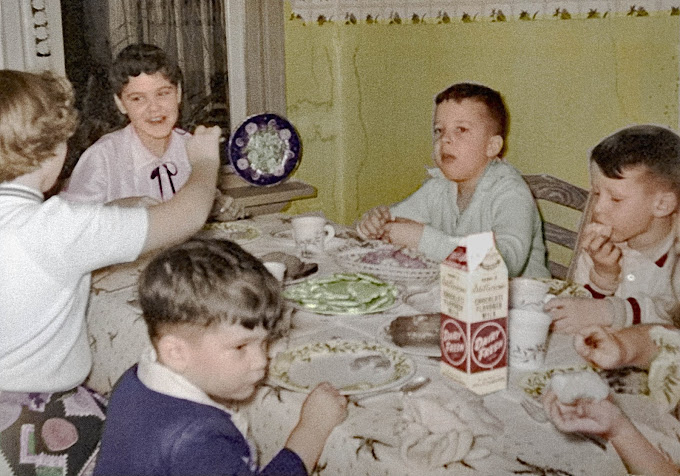 When I was a child every Christmas had a gathering of some of my father’s siblings and their families.

When we ate, the cousins and I would sit at at “the children’s table.” The picture above shows most of us but sometimes there would be two tables, with one as the “little kids table”, and one as for the “big kids.” It was a pretty cool scene, we all got along well, I don’t recall any major catastrophes. These Christmas get-togethers continued for many years but as we grew older some of us moved away and eventually our parents died. The gatherings had stopped many years ago.

I got a phone call from my sister the other day concerning one of the kids from the “little table.” I wasn’t close to him, I think I had only seen each other four or five times in the last forty years, there had been no rift between us, we just moved in different circles, that’s all. I suspected that his outlook on politics was about 180° from mine but it was never discussed.

He had been hospitalized for over a week, on a ventilator. He didn’t make it. The “little kid” in blue, pictured above at the children’s table, was gone.