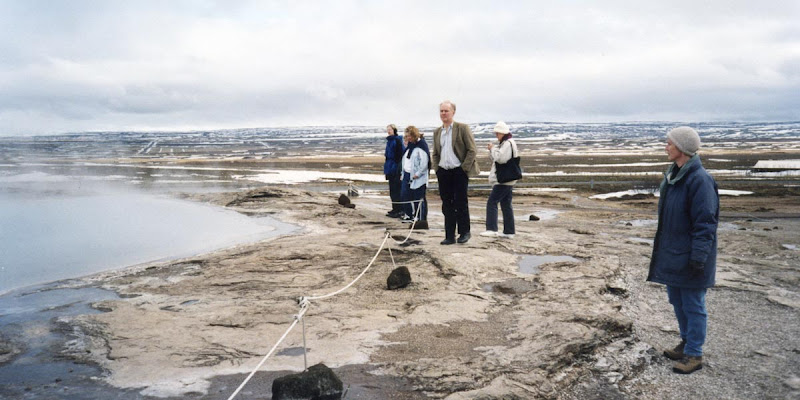 I picked up Jimmy the Scotsman in the Keflavík terminal in April of 2000. We had seen him at Geysir and Gullfoss, but only met him on the way out. He was headed my way, to Minnesota, “on the trail of the Vikings”, to seek out the Kensington Rune Stone and the Hjemkomst, a recreated Viking ship. He really didn't have a clue as to how to get there, so I brought him home with us and the next day Jimmy and I went out on the inland sea: the great plains of the upper Midwest. We stopped in Alexandria, Minnesota and checked out the runes, then continued NNW to Moorhead, to see the ship. He had been pretty chatty the whole trip, but when we entered the Red River valley (the lake bed of prehistoric Lake Agassiz) he became quiet and tense. Finally he spoke: “This is some flat land.”

We finished our trip, he returned to Scotland. Later he wrote several times, writing down his impressions of the trip but he never mentioned flatland again.