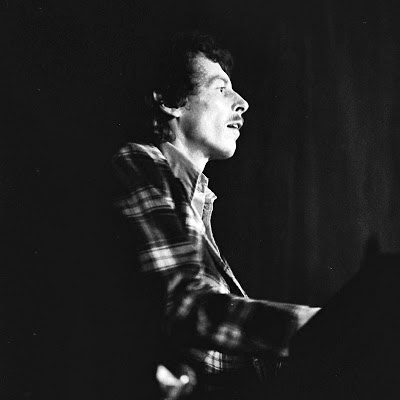 I saw his picture in the paper, he is about sixty and looks about ninety. But still playing that poly-rhythmic piano, with Monk and Professor Longhair threads interwoven into his own unique style. The occasion was a premiere of a documentary about him, and he was to play beforehand. I went, and as it was, so it remained. A lot of long nights in smoke-filled rooms were etched into his craggy visage, and an atlas of musical back roads was outlined in his playing. And the voice. A wail from the prehistoric past, with all the cares of the modern world overlaid upon it. As I left, One of his older songs crept into my consciousness, and it seemed to be a warning, not of a tragic love affair, but of a difficult but rewarding life as a troubadour with a keyboard:


… I thought I was the king of thieves,
but you touched me so softly
you picked my pockets clean
I need a watch dog
to keep you from
stealing my heart…