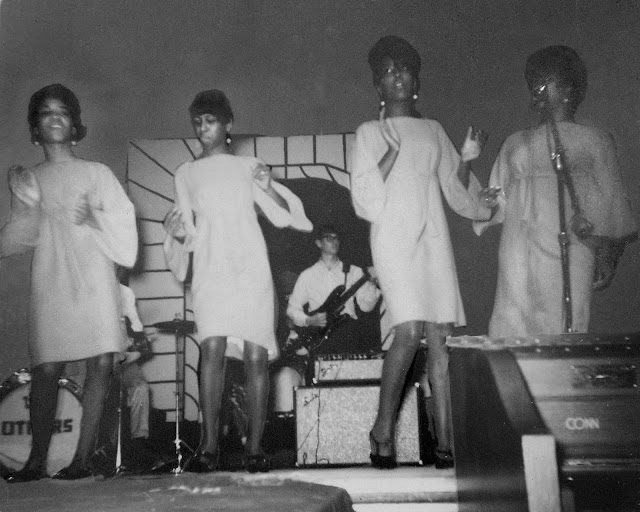 In the fall of 1966, America was on the verge of social turmoil. Race riots had occurred and would continue. The war in Vietnam was about to escalate. And in a humble basement in North Minneapolis, some nerdy teen-aged boys were trying to be a rock band. We had played around quite a bit (as far as our folks would let us) and were making some progress in our "career". The upcoming homecoming show at our high school was a chance to "strut our stuff" and basically behave like juvenile apes, who will make a racket to impress the females of the colony.

Into this bucolic scene came the appropriately named ”Upsetters.” The Upsetters were a vocal group that needed a band to back them. This was cool with us, but there were a few sticking points:

#1. They could really sing. They were going to make us look pretty foolish in that regard - Okay, we could do an instrumental for our act.

#2. They were girls. Okay, we liked girls (even if we only had a few clues as to what THAT was all about.)

Where we grew up had always been integrated, to some imperfect degree, it was all we had known since childhood, but we also knew that some kinds of integration were off-limits (“There's nothing wrong with it - but these things never work out”) and this might be a little touchy with some folks. Our parents were, for the most part, supportive, and our rehearsals went smoothly.

When the homecoming show was held, our little combo played first, and got a nice response. Then the girls came out. They were tres chic: dressed in satin, and from the moment the lead singer began "My love is a like HEAT WAVE, burnin’ in my heart" the atmosphere in the auditorium became electric. We were now tapping into something different—a volatile mix of emotions that until now had slumbered within us.

Now, in many parts of America, it seems that the climate has changed for the worst, with venal politicians and their paid media spokesmen decrying "diversity" and demonizing “social programs” and “liberal agendas”. All I know is that, for those three minutes in 1966, we had something great, and that fact will never change.

Thank you, Susan, Linda and Ella.