Hippies In The Heartland 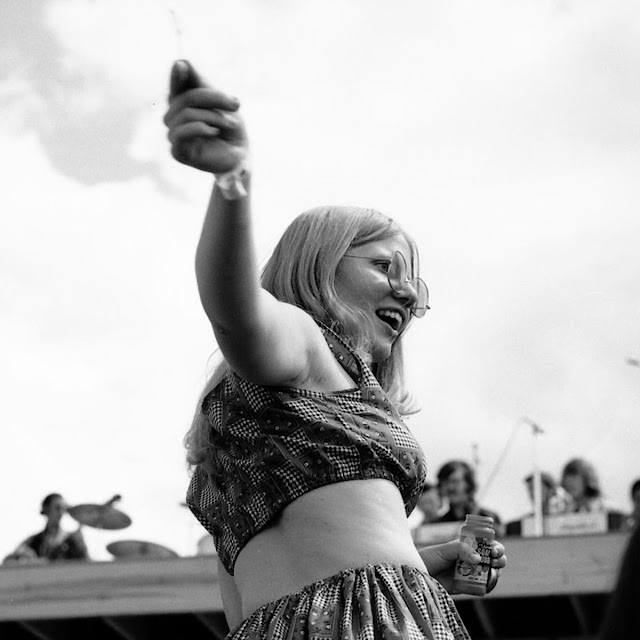 In 1970, the year after Woodstock, dozens of rock festivals sprang up in the US and other parts of the world. This was IT: The Youth Revolution, or as close as we got. In the small town of Iola, Wisconsin (near Steven’s Point), some unknown entrepreneurs threw together a three-day (THREE DAYS, MAN!) festival with a big, if somewhat thematically diverse, line up. Buddy Rich's big band, Chuck Berry, Ravi Shankar, Ted Nugent, The Paul Butterfield Band, and many other regional and/or "almost famous" acts (Ides of March, Crow, Terry Reid, etc.) The crowd was estimated 10,000 (probably) to 85,000 (wishful).

What the concert lacked, however, was any form of structure, security or police. A tent city sprang up, with a "dealer's row" of drug merchants offering up just about anything you could desire (morphine suppositories, anyone?). A Chicago-based motorcycle gang thought this would be a good place to intimidate, harass, and rape women (there was a shoot-out Saturday night that caused the whole crowd to move as one, driving out these miscreants.) There were lighter moments too, however, as the blissed-out flower child in the photo above suggests. Afterwards, all festivals were much more strictly run; beer and booze replaced pot and acid (well, not entirely) as the drugs of choice, and the Upper Midwest’s summer of love was soon forgotten, replaced by heavy metal ‘Edge Fests’ for the rockers and ‘We Fests’ for country music fans.

I have just seen a home made movie of this event, and am doing a little fact finding, thanks for the post