Whew! Another gorgeous day on the Riviera of the North. After a sunbath by the pool some high culture was in order. With my exhausted blog-pal Auður, I attended a modern production of Peer Gynt at the National Theatre. More about that at a later date.

Sunday is sort of an extra day in the festival, only Gaukurinn had a festival listing, and they weren't checking passes when I entered. 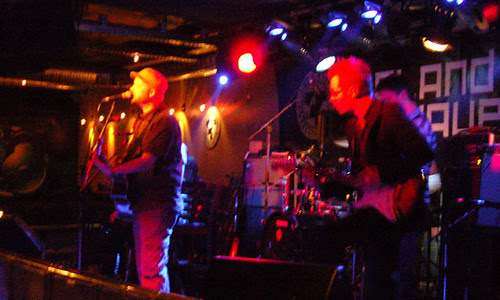 20:00 Red Barnett, a singer songwriter, opened. He didn't make too much of an impression, or maybe I was still in shock from the theatre. 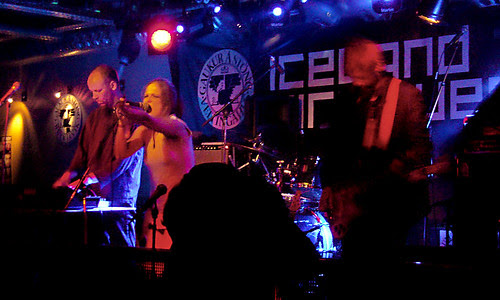 20:45 Hellvar, a trio and a drum machine, took a while to get into the groove, the lead singer didn't know if she should dance, sing, play, or do all three- when she did get it together at the end of the set it was very impressive. A little Bjork-like, but not derivative. 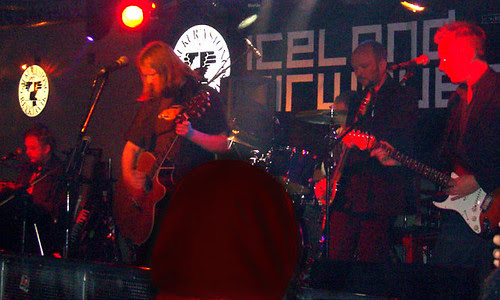 21:45 Buff, an American style club band. Seasoned performers, they could play anywhere in the US and not seem out of place at all. 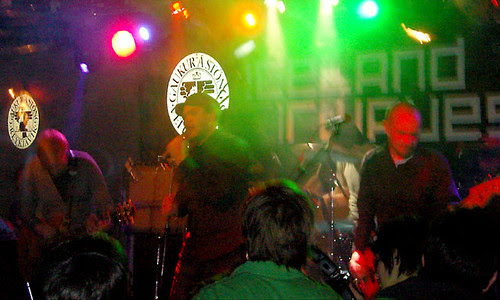 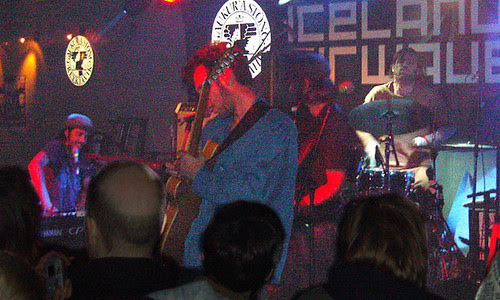 23:00 Patrick Watson and the Canadian All-Stars To be honest, I was about to give up, but I'm glad I stayed. A complete band, playing fully-realized songs with finesse and joy, Mr. Watson and company had it all. They mixed meters and styles effectively, even covering Erik Satie (!) in a reggae style (!!) with help from the Islands bass clarinetist(!!!). Special note must be given to their great drummer. As far as popular music goes, the best was saved for last. They have real potential.

The music went on into the night, but I had had enough. I picked up some copies of Grapevine (local arts paper) and found myself in a crowd picture watching Jakobínarína Friday night and was referred to (in the Iðno account) as being in a group of "stern older men who looked as if they had lost their wives to buff young whalers"...I'll take that as a complement, I think.