The day dawned bright and sunny again; positively balmy today... Simply can not get over how fortunate I've been with the weather... 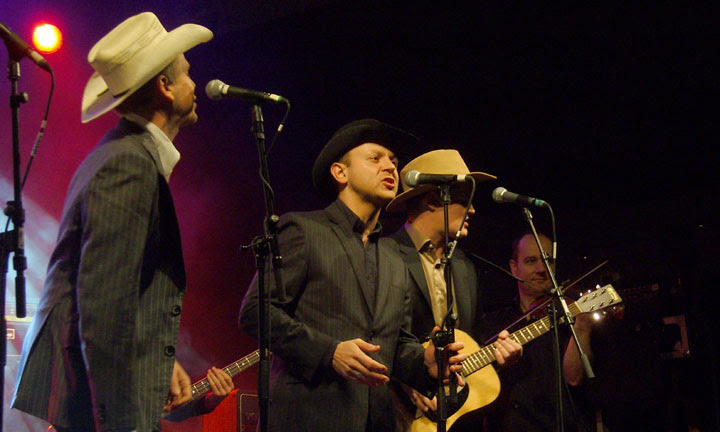 22:00 Started off the night at the Reykjavik Art Museum again. Baggalútur, an eleven piece country swing band led off. With an accomplished vocal trio (singing in Icelandic) and a hot fiddler, this gives whole new meaning to the phrase 'country' music. Well, Iceland is a country, right? A complete joy.

20:45 Benni Hemm Hemm, an even bigger band with an eight piece brass section comes on like a freighter sailing through- oceans of sound. Their energy level threatened to take the roof off. I'm swept up in the crowd. 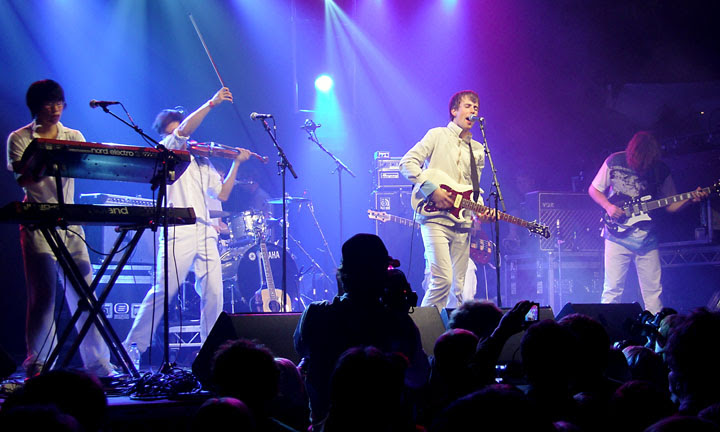 21:30 Islands, from Canada, with a pair of fiddlers, guitars-bass-drum-keyboards and an occasional bass clarinet(!), gave the younger crowd what they want in a tightly choreographed set, only to be cursed with a bad vocal mix. 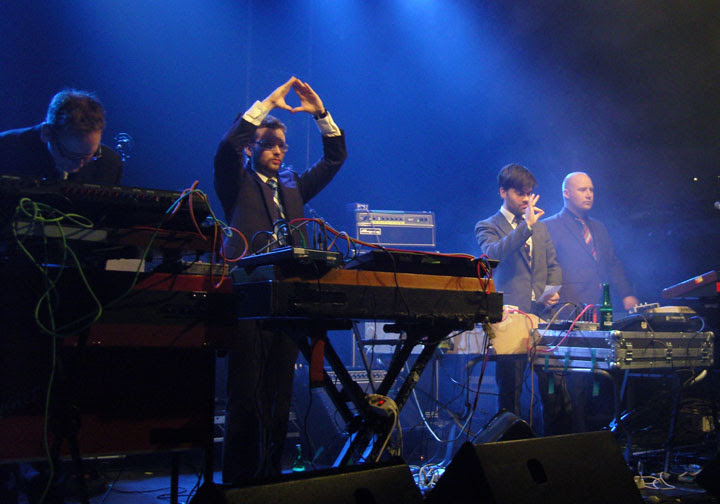 22:15 Apparat Organ Quartet. Four mad scientists playing vintage keyboards with a drummer assisting. COMPLETELY INSANE! They whip the crowd into a frenzy with their demented aural assault. This was one of my must-sees, and they exceeded all expectations. GREAT! GREAT! GREAT! 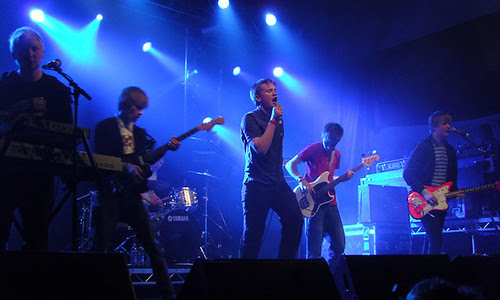 23:00 Jakobínarína These kids had the highest energy of any stage show, with well played pop-punk aimed at the teens. Titles like I have a date with my television and Nice guys don't play good music should propel them to greater fame. Now that they've finished their secondary education, and have a recording contract, the world awaits. They started to run out of gas toward the end of the set; exiting, I made my way to the National Theater Basement. 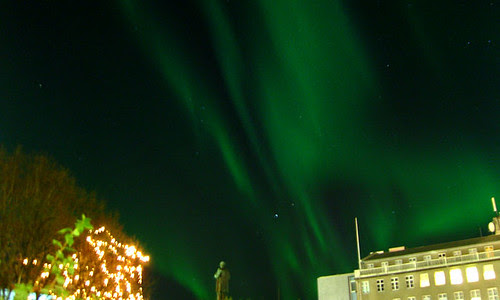 The Northern Lights were dancing in the sky over Austurvöllur. 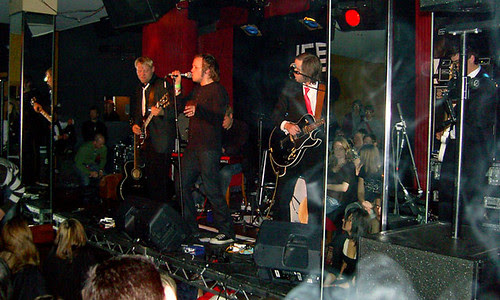 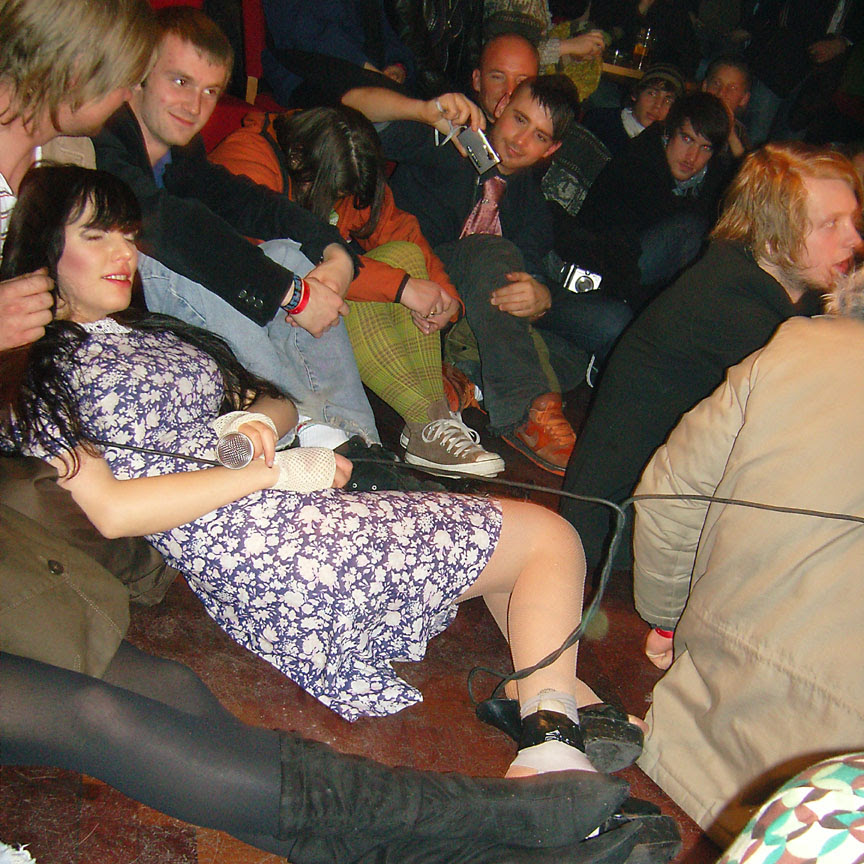 01:45 Trost, from Germany. The wild card of the night. This drunken rock-cabaret-little-girl-lost turned the nightclub atmosphere into something really quite decadent. In a good way. Weaving on and off the stage on 4 inch platform heels, you had to watch just to see if she would even make it through her set. A very clever four piece band was a perfect backdrop for her amusing, if sometimes incoherent, story-songs. This went on until almost three. A great way to end the night.