Art is the keyword for the day. I thought I would try a more highbrow approach to my music venues. After a morning of delightful conversation with a completely charming Icelandic blogger, and yet another glorious afternoon at the pool, I was ready for anything...

1900 hrs - The Reykjavik Art Museum. This venue is in the canvas domed courtyard of an old industrial building. A full stage with all the rock show features, light shows, massive subwoofers etc., the band Ske hit the stage, an experienced outfit, with everything you could want from an arena rock band. Good arrangements, a confident lead singer with some evocative lyrics: 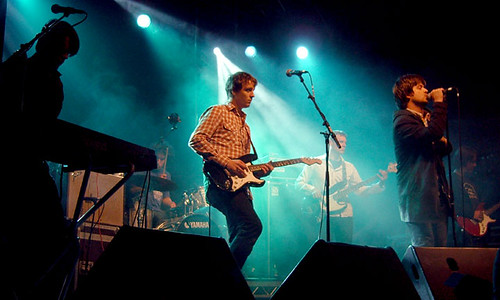 2000 hrs - Over to Iðno, the old Craftsmen hall. A beautifully restored auditorium, the Bedroom Community (group of artists) presented Egill Sæbjörnsson who started things off with some clever performance/video pieces including a most amusing animation. Very arty: 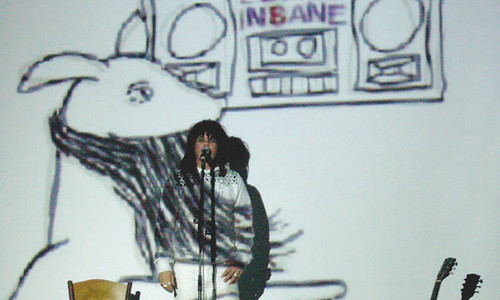 2100 hrs - Sam Amidon, from the US, who did an old folk-music type act, supplmented with odd dance interludes. He began with a strange, dirge-like version of O Death. His voice could be described as fragile, or, perhaps more accurately, weak. He was joined by some Icelandic performers that filled out the sound nicely: 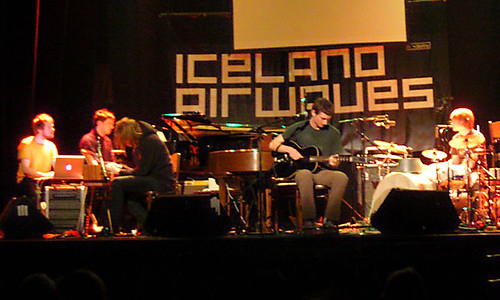 2200 hrs - Nico Muhly from New York- came on with his original piano compositions. He shared the stage with an Icelandic violinist for one tune. Stunning.

2300 hrs - Valgeir Sigurðsson performed with a guitar, Echoplex and computer. He was joined by six other musicians, and with them (and his samplers) he created a wall of sound. If Sigur Rós didn't already exist, he would be quite the deal. Still, most impressive: 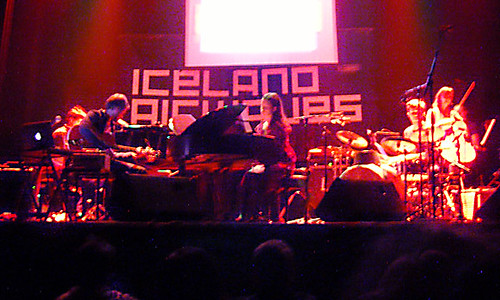 0015 hrs - and over to the National Theatre's basement. A little gem of a room (think 50's nightclub) the Icelandic rockabilly group Langi Seli Og Skuggarnir held forth with a great take on the rockabilly style. The dancing was fervered and the mood was more roadhouse than art house. They were a lot of fun:


Best music of the day… Nico Muhly, Sonata for piano, violin and computer, no contest.

I can't wait for tonight.