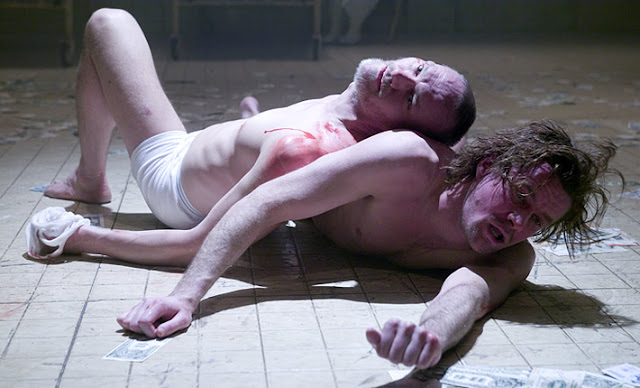 In the lobby, we were discussing the first half of Pétur Gautur, a modern production of Ibsen's Peer Gynt, directed by Baltasar Kormákur, and performed by the Icelandic National Theatre company. My companion asked if I was getting much out of it without understanding the Icelandic. I told her that the emotional impact was there for me in many scenes, the actors' body language was very expressive. I had been most affected by a scene with Pétur and his dying mother: 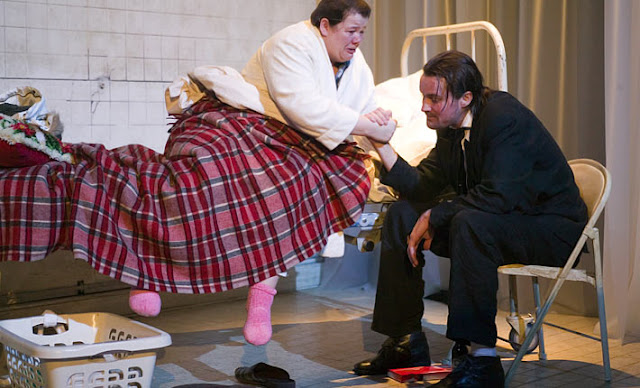 Our conversation continued about the different stages of life that were now in. My companion spoke of a television interview she had seen with the oldest person in Iceland. In it, the 109-year old woman had simply stated that: "God has forgotten me."

In one critical scene, Pétur declares: "I am an onion", and as he peels one he only finds more layers, with nothing at the core. His quandary, existential in nature, is the modern dilemma. Has God forgotten us? And if so, how shall we behave?

We returned to the theater for the second half, even more dramatic in its nature. The play ended with the stage floor covered in blood, money, and ashes as the lights went out: 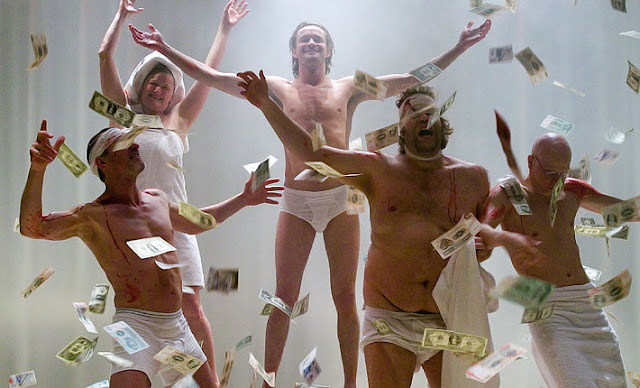