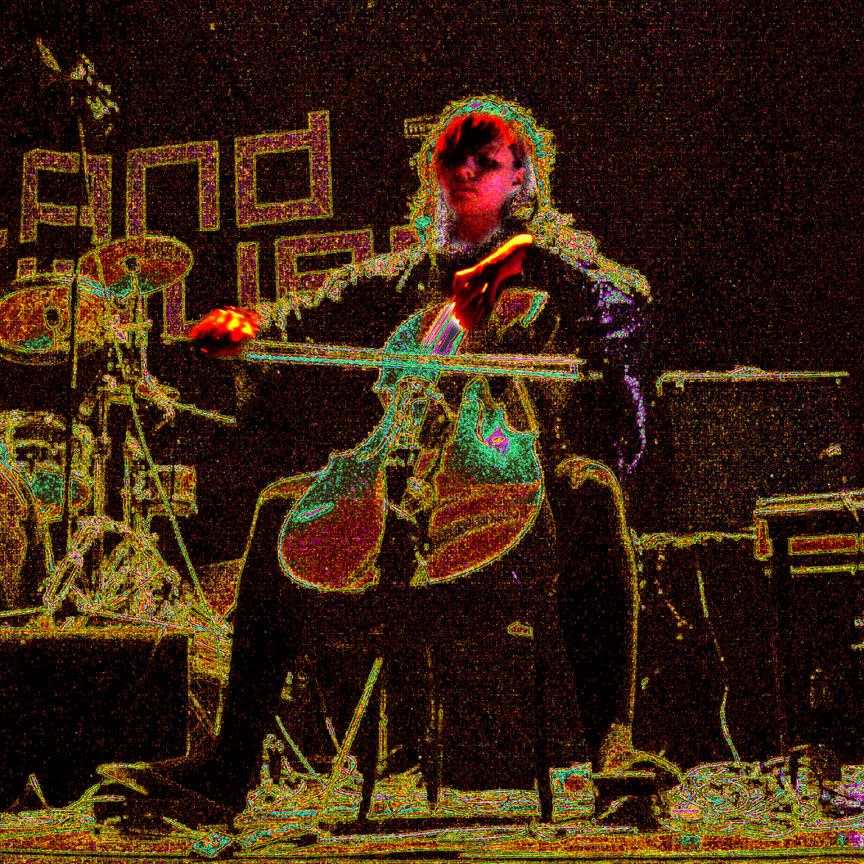 The musical explosion which was the recent Iceland Airwaves Music Festival is only now starting to settle in my impressionable brain. What keeps floating to the surface is the work of two musical/art collectives, Kitchen Motors and Bedroom Community. Each had memorable individual performers, and each had equally worthwhile collaborative efforts. The solo artists; Egill Sæbjörnsson, Ólöf Arnalds, and Siggi Ármann, each projected a very personal musical impression, refreshing in this era of "wanna-bes". Siggi, in particular, created an intense emotional field, captivating in its purity and simplicity. Ólöf and her armadillo-shell lute brought out some kind of primal response in me, her music was new and a thousand years old at the same time. Egill, with his persona (video Elvis?) was quite unlike anything else I've experienced. The larger ensembles, Kira Kira, Stórsveit Nix Noltes, the formidable Jóhann Jóhannsson and the exquisite Valgeir Sigurðursson all fronted large groups with unique, experimental or newly imagined music, all at a very high levels of musicianship and composition. Two of the "odd men out" in these organizations are actually American, old-time folkie Sam Amidon and the Julliard grad Nico Muhly. In some respects, theirs' is the more traditional music, but still tempered by their Icelandic cohorts' contributions. Muhly is a serious composer, already with an impressive cv.

All of this music is fully realized, incredible and enjoyable. You may have noticed that I haven't yet mentioned the two 500-pound gorillas of the Icelandic music scene, Björk and Sigur Rós. Something great has been emerging from that rock in the North Atlantic, a cultural magma whose effects have yet to be fully measured.

I just pictured Björk as a 500 pound gorilla wearing the infamous swan outfit. Giggles for everyone!

And the odd thing is, I enjoy flat Pepsi. I like shaking up the bottle for that cold, monotone taste.

...mmmm flat Pepsi. And not even Pepsi Max!