The Varsity Theatre in Minneapolis was built as a regular cinema, it then served as a photographer's studio for more than a decade. It has been refashioned as a concert venue and decorated in a Neo-Bordello style, replete with over-stuffed chairs, sofas, and beds, making this a most intimate setting for a concert by Amiina, the Icelandic minmalist-classical-improvisational group: 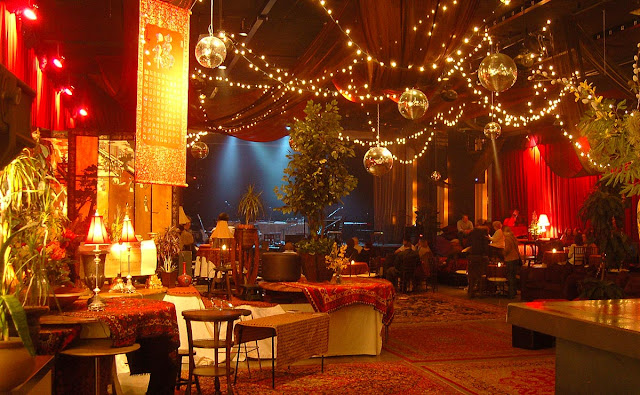 Tom Brosseau, a young Neo-folkie, opened with a solid set of songs played with the Carter Family guitar style. He should grow as an artist as he gets older. He closed with a very strong, personally experienced tune about the terrible Grand Forks flood of 1997: 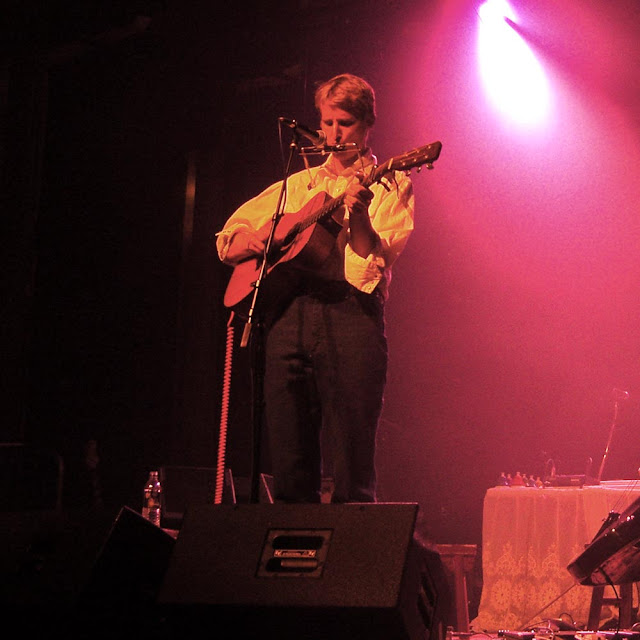 Amiina, on the second stop of their North American tour, started out in a cloud of fog, literally- there was a noisy fog machine right above my head that never stopped spewing. They were in a bit of a fog themselves, but that soon cleared as they presented a program of "hits" and new tracks. The obvious affection they had for each other was reflected in the most attentive and polite audience I've seen in years: 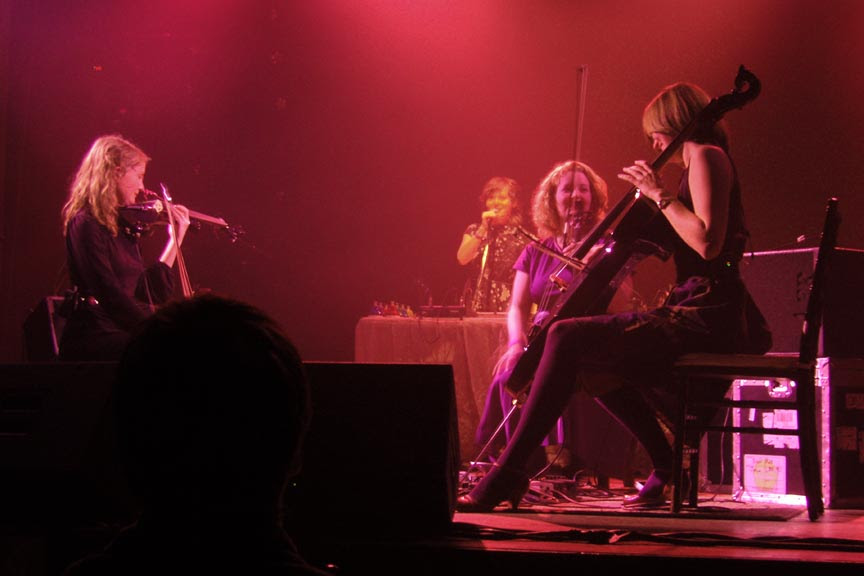 You could hear a pin drop (and a fog machine) throughout the entire set. Sólrún even felt compelled to tell the rapt crowd that it was okay to clap. There was a fair amount of singing, the music almost becoming poppish at times. These are layered compositions, not for those with a short attention span. These melodies turned into lullabies at times, but could also turn somewhat melancholy. What they were throughout was feminine- not sexy, although the band was most appealing, but womanly, when they were all clustered around the back table, hammering on xylophones and thumb pianos, and playing water glasses, they looked as if they were washing, or preparing food- this is not to put them down- it was graceful and sublime:

An insensitive sound mix lessened the impact of several songs, and some equipment problems caused the last song to be scrambled, but they did encore with an ethereal, ultra-minimal, saw quartet "in compensation" for the botched tune: 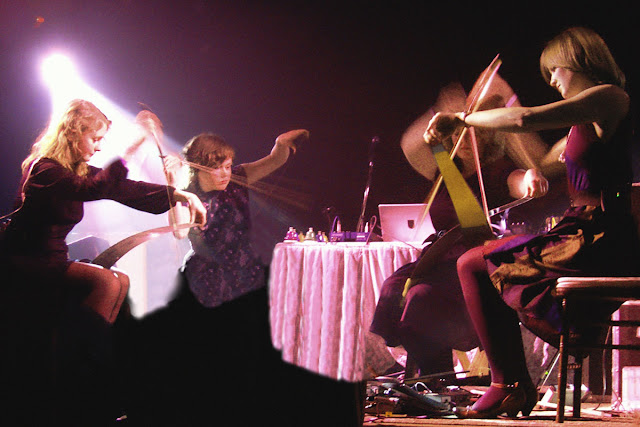 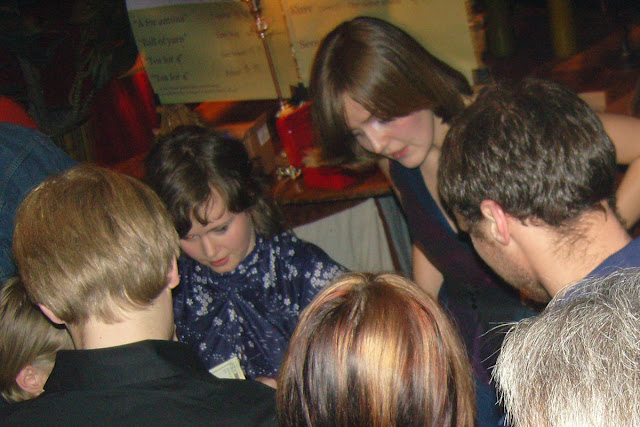 Sólrún glares at a rude fan: 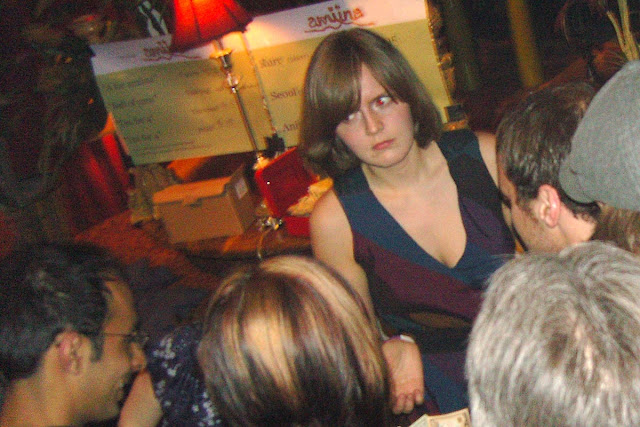 I managed to purchase their just released CD Kurr, and after listening to it all the jitters and stage problems of the concert were quickly forgotten as the full effect of this magical music became apparent. After listening again, I find that my words cannot express what a special and moving experience the music of this group is. Highly recommended.

Very cool. Looks like a fun night!
Bjork coming up in May. Yeah!

I like your addition of the Weaver's corner! Lovely.

I saw that Amiina are playing in SF soon but i have plans that evening so not this time around. I will keep my eyes peeled. They are playing at a great little venue where i was just at 2 weeks ago seeing the Ditty Bops.
Bjork is playing in a large outdoor theater which has great sound. I have good seats too!